Finding Myself In Scotland--part 5 (Conclusion) 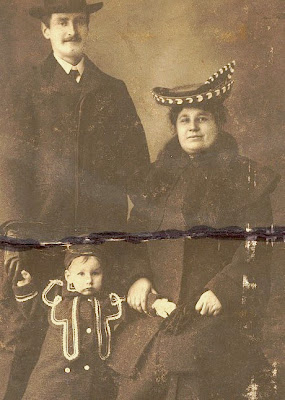 Spiderman is just discovering his superpowers on the Airbus 310’s monitors.

We are at 31,000 feet and passing just south of Greenland. Scotland is several thousand miles and a couple of time zones away. This time I have comfortable seats and far more leg room, so my thoughts are free to roam over the events of the past few weeks.

My wife and I have traveled thousands of miles and have retraced the movements of our respective families across hundreds of years of time. We have stood where they stood, seen where they lived, learned how they pronounced the names of their homes and villages. We have also seen where a great deal of Scottish history was made and have learned about the modern country Scotland is. We have miles of video tape and stacks of photos.

And through them, I have come to understand more clearly the forces that went into creating me.

I see my father in a whole new light. Nearly 15 years after his death, I am finally close to understanding him. For all his shortcomings, he lived a heroic life. Not a Newspaper headline, rescuing children from a burning house, type of heroics. Heroics that are lived everyday and on a more human scale.

When sacrifices needed to be made, he made them and never complained. In fact, never talked about them. He lived through the Great Depression and World War II. His unit fought in North Africa, up the length of Italy, across France and into Belgium before being demobbed. Despite only having a grade 4 education, he attained the rank of staff sergeant.

His lack of education restricted him to the lowest paying of jobs in civilian life, but he was never without work and continued working until he was 80 and already dying of emphysema. At 70 and legally blind, he obtained the unlikely position of sheriff of Toronto, serving at the bench of the Ontario Supreme Court. He sat at a desk and was the last line of defense between an intruder and the judges’ chambers. Today he has been replaced by armed guards, bullet proof glass and metal detectors. But this is now and that was then, a more civilized time.

Among his possessions, found after his death, was the picture at the top of this blog. He had carried it in his wallet for most of his 84 years. For him it must have been the heartbreaking dream of a life that might have been. On the back, in his cramped handwriting, it says simply "mommy, daddy and me".

Understanding better the forces that helped make him the man he was, I have not only come to terms with him, but with myself as well. My wife has noticed the difference. I’m more relaxed, less judgmental. I'm more outgoing and willing to be transparent. It's not that I was hiding before, but I'm much more comfortable being be noticed. I’ve owned some of my father’s sense of humour and I’m cautiously willing to explore the spiritual side of things I once derided.

I still don’t like mournful country music he once loved, but you can’t have everything,

And as for Scotland, it was definitely a trip worth the taking