Our Town Shoot Out: My Choice 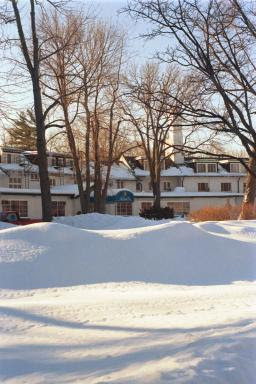 Since it is our choice what to showcase about our town, I thought I would share some photos taken last winter at the Guild Inn.

Linda had marking to do for her class and I had a camera full of film when one of the heaviest snow falls of the winter finally stopped and the sun shone for the first time in days. Picking up the camera I headed for The Guild Inn, formerly owned by our Great Uncle John Fraser, hoping for some good shots. 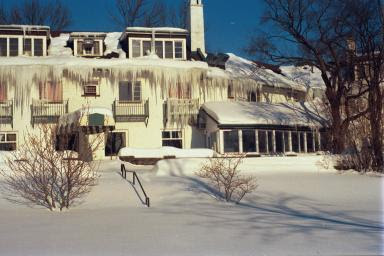 I found the Guild sleeping quietly under the deep winter's blanket of snow. No longer in use, great icicles hung from its eves. The future of the Inn is in serious doubt, but not its serenity. 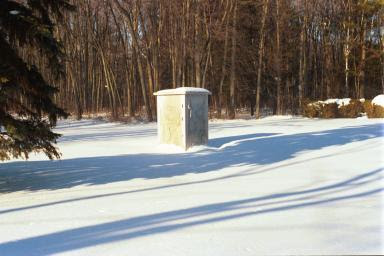 I walked the vast grounds of the Guild in amazement. Not only were they empty, not a foot print disturbed the pristine beauty of the scene. The sun was almost disturbingly bright after days of black, angry skies and the weather began to warm. The peaceful quiet was almost mystical. 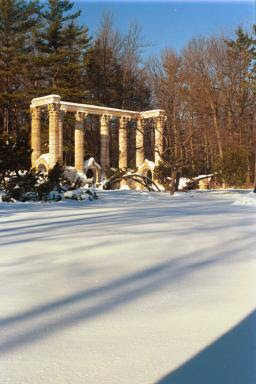 Some of the most beautiful facades of Toronto's famous buildings have been preserved in various locations around the guild. Some look oddly lost and alone. Many were inspired by the ancient Greeks and provide remarkable contrast to the cold snows of Canada. 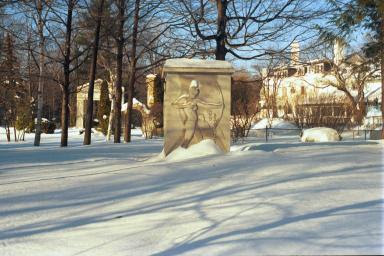 The Guild was recently purchased by Centennial College to house their International Studies program. I will also feature a large restaurant, banquet hall and a wedding chapel. The grounds of the Guild are a favoured spot for wedding photos. 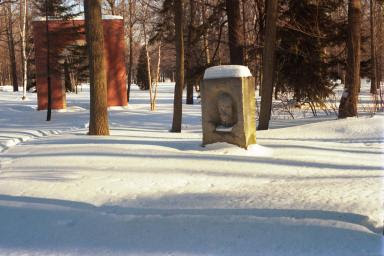 Unfortunately, to house the new programs, Centennial College is having to dismantle the old building to replace it with a more modern structure. The grand staircase and the library in the old Guild will be preserved and will be featured in the new structure.

And here is a brief video I shot during an Arts and Crafts festival that was held on the grounds of the Guild last summer.