My Wife, the Watkin's Man and the Dionne Quintuplets 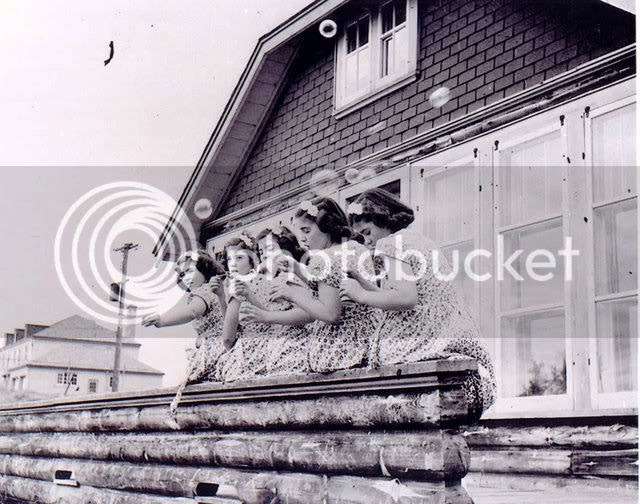 Alright, so here is the sad story of my wife, the Watkins' man and the Dionne quintuplets.

My wife and I met at College, dated, became engaged and married on our graduation. We agreed we would live closest to whoever got the best job after College. As it turned out, that would be me; but little did we realize the best job offer would require us to move to the small town of Callendar in Northern Ontario. Population 1000. Both Linda and I had grown up in Toronto (population 3,000,000 and counting) and had never lived outside a major urban area. It was culture shock for us on a grand scale.

We brought a wonderful home overlooking Callendar Bay on Lake Nipissing, set back in the trees on two acres of land. It was located on a hill side just south of the bay and about a mile out of town. One thing we hadn't planned on was the lack of job opportunities for Linda in such a small area. While I was involved in exciting work, Linda was fairly isolated and alone, just her and Jenny, the dog we had in those days.

You may have heard of Callendar? For a brief moment in time it had actually been famous. World media had descended on the town. Major Hollywood stars could be found hobnobbing with the locals on the main street. In 1934, quintuplets had been born to a young rural farming couple, Elzire and Oliva Dionne, in Corbiel, a small homestead just outside Callendar. The complicated delivery was attended by two midwives and Dr. Dafoe. The odds against success were 57,000,000 to 1.

All five Dionne Quintuplets survived but were immediately made the wards of the provincial crown until they reached the age of 18. Across the road from their birthplace, the Dafoe Hospital and Nursery was built for the five girls and their caregivers to live in. Their parents could only visit by joining the thousands of people in the Observation Gallery who watched from meshed screens as the children played twice a day as part of "Quintland," a theme-park like atmosphere showcasing and selling Quintuplet merchandise.

Approximately 6,000 people per day visited the observation gallery to view the Dionne sisters. Close to three million people walked through the gallery between 1936 and 1943. In 1934, the quintuplets brought in about $1 million, and they attracted in total about $51 million of tourist revenue to Ontario. Quintland became Ontario's biggest tourist attraction of the era, at the time surpassing Niagara Falls.

Of course that was all decades before our arrival in town and Callander had drifted back to a sleepy anonymity. The only remaining connection to those heady times was the woman who ran our variety store who was the granddaughter of one of the quints midwives. She sold pictures of her grandmother with the quints to the tourists.

But back to my wife and the Watkins salesman.

One morning, after I had left for work, my wife was getting dressed when she heard a knocking on the door. It took her a minute to finish dressing before she could answer.

And when she got to the door she found the local Watkins Product distributor peeing against the side of our house.

I guess he had figured no one was home because my wife had taken so long to answer. He looked acutely embarrassed but was obviously having trouble stopping what he was doing.

And that was the last time anyone came to our door selling Watkins products.