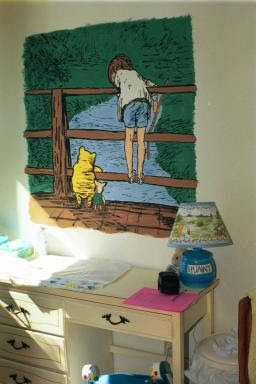 I will love you forever,

For as long as I'm living,

My son you will be.


I may not have the skill to write this without a preamble that outlines my intent. This is not a story about the death of my grandson, Alexander. I will write about him another time.

This is not a sad story but a joyous one. It is about the generosity of people. A generosity of such overwhelming proportion that it lifted up a family at a time of unimaginable grief. It's about community at its best.

The latest link in the Trans Canada Trail was opened last summer, connecting the community of Port Union with the West Hill Community where I live. It winds its way along the waterfront to Highland Creek and then climbs above the beach where I take Lindsay for her daily run.

The creation of a Trans Canada Trail was announced as part of Canada's 125th anniversary celebrations in 1992. At 18,078-kilometre (11,233 mi), it is expected to become the longest recreational trail in the world.

It has its counterparts in other greenway routes like the 12 EuroVelo routes and the USA's East Coast Greenway.

To date it has been funded largely by Canadian federal or provincial governments. However, there have also been corporate donors and individual donors.

Ten years ago tomorrow, a rare form of cardiomyopathy suddenly took the life of my 5 month old grandson Alexander. There had been no warning of any health concern. Heather awoke in the early morning to change his diaper only to find his breathing laboured. She called her husband who called 911 who instructed them in cardio pulmonary resuscitation.

Emergency Services were at their apartment within three minutes and Alexander was in the Emergency room of Guelph Memorial Hospital within ten minutes. But he could not be revived. An autopsy later revealed his heart had grown large instead of strong and nothing short of a heart transplant would ever have saved him.

The day he died was also my mother's 80th Birthday. The elaborate celebration had to be canceled. All the guests phoned with the terrible news.

Fortunately we will not be celebrating her 90th this year on the day of her birth, but on Sunday March 1st, a date with less competing emotion for us.

In their grief, at the loss of their only child, my daughter and her husband requested donations to the Trans Canada Trail in lieu of flowers. But the flowers came anyway, in overwhelming abundance, and so too did the donations which were sufficient to pay for 20 meters of trail.

Alexander's name is engraved on a donor's plaque at one of the Trail's Pavilions in the small town of Caledon, Ontario.

The connection with our grandson has made the Trail project very precious to us.

The Trail is still under construction and is now about 70% complete.

Linda and I attended the opening celebration last summer and have walked the new section of the trail many times since then. There were concerts all day, events for the kids, and a giant ferris wheel donated by our new Morningside Crossing shopping center, that gave a view of the bluffs all the way to downtown Toronto.

The death of a very young child touches people in profound ways. We were all unprepared for how profound the impact would be on people outside our immediate circle of family and friends.

What they did surprised and touched us deeply. But I'll talk about that tomorrow.

For more on the Trans Canada Trail, click HERE