Something I hadn't Considered Before 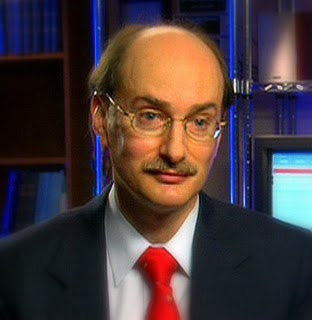 I was watching an interview with Dr. Dean Radin the other day when he mentioned something about science I had never considered before.

Dean Radin, PhD, is Senior Scientist at the Institute of Noetic Sciences (IONS) and Adjunct Faculty in the Department of Psychology at Sonoma State University (Rohnert Park, CA). His early career as a concert violinist shifted into science after earning a masters degree in electrical engineering and a PhD in psychology from the University of Illinois, Champaign-Urbana.

He studies really unusual stuff, usually in the area of parapsychology. Stuff that would make fellow scientists either quake in their shoes at the thought of their name being associated with such twaddle, or giggle uproariously. But not Radin.

Anyway, he was talking about The Secret, the idea that we can mentally interact with the Universe in order to manifest our desires. Radin was making the point that while the thrust of The Secret's argument may have had some truth to it, in reality the phenomena just really wasn't very robust. The Secret's effect is actually very weak.

If you want to be wealthy you will get there a lot faster by putting your money in the bank and learning how to invest it than sitting at home imagining large cheques arriving in the mail.

But here's the thing, in order to stand a chance of being published, scientists look for robust experimental outcomes that are both reliable and valid. If Radin were to research the effects of the Secret, he might well find them to be valid, but weak and not very reliable. And he would never get his research published.

Sort of like the lottery. I don't play the lottery because the odds are I will never win, but the lottery is real and someone wins every week. Just don't expect that winner to be you.

The point I had never considered before is this, a valid outcome means an experimental hypothesis can be true, is real, even though it may not be either robust or reliable, and unlikely ever to be accepted for publication in a peer reviewed scientific journal. The Secret can be true, just not the best way to find wealth, or love, or good health.


But, in being true, even just a little bit true, it makes our Universe a much stranger place than I had ever considered.