Snowless In The Eye Of Winter 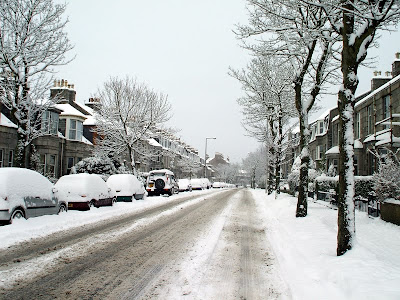 My cousin Irene in Aberdeen Scotland sent me the above picture of her street that has been covered in snow for weeks. I look at it in amazement and read stories of Europe struggling to cope with a Canadian winter.

I also read of winter's grip extending down to Texas and Florida. A friend in Wyoming writes of her struggling to cope with 53" of snow. "Forget Global Warming," she writes, "I think were experiencing a new Ice Age."

Here in Toronto we've had a bit of snow as the photo of Lindsay (below) shows; but that was taken a couple of weeks ago and almost all of that snow is gone now. At its deepest it wasn't even enough to cover Lindsay's feet. In fact we are in the midst of one of our mildest winters on record. The prediction for this weekend is for temperatures of 5C above freezing and rain.

In the middle of January! In Toronto! 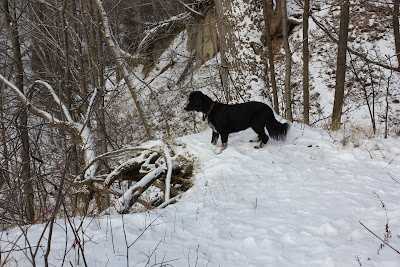 People are wearing jackets here instead of winter coats. Shoes instead of boots.

For reasons known only to the gods of Meteorology, our small region of North America has escaped one of the worst winters in decades. While all around us people struggle with one of the harshest winters in memory.

Toronto has more snow plows and salters than the entire Province of New Brunswick. They sit idly, row on row.

Waiting for the winter than never was.