Proof The Universe Is Unfair 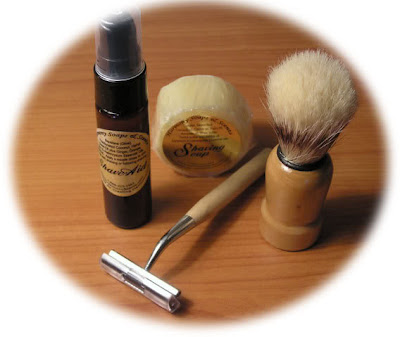 Lindsay is standing in the open doorway of the bathroom wondering what I'm doing.

Alright, I know it's called shaving and I used to do it everyday, sometimes twice a day, across my full adult life (well, except for that year I grew a beard but that's another story).

However, chemo is suppose to kill all rapidly growing cells in the body, including hair. I've lost my eyebrows, and the hair on my head and other places, and yet my beard continues to grow.

Not grow normally, mind you. It is weird, scraggly, wispy stuff that now grows on my face. Oddly brittle, it also hurts when I touch it, sort of like pushing pins into my flesh.

This weird stuff grows slowly, so I only have to shave every ten days or so. And shaving it is more like wiping cobwebs from my face than scraping away an actual beard.

Lindsay looks on with intense fascination as I apply the shaving cream. I take out the razor and, due to the cobweb-like consistency of my chemo-beard, in thirty seconds I'm done. Shaved for the next ten days. And as I start to put my shaving equipment away she gives me a look that says, "You're done already? You went to all that trouble for thirty seconds of running that thing over your face? Humans are weird!"

And the fact that I still have to shave during my time of baldness is proof the Universe is unfair.

Willow has asked me to post a picture of me in the beard I mention in this post. I grew it about 9 years ago to look more "grandfatherly" for the birth of my granddaughter Natasha. Not many pictures were taken of me with the beard (for which I'm grateful), but here is one that survived. Obviously I'm the one with the beard. Also in the photo are Linda and Natahia.

Remember, you asked for it. Or, at least, Willow did. 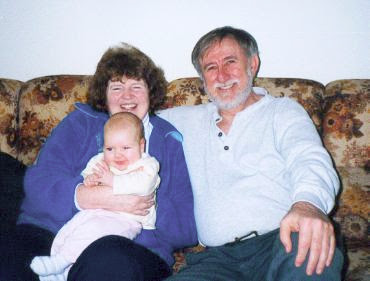