Each week we are following the lives of members of my Great Grandfather Fraser's family as they appear in this 1890 family portrait. Last week we focused on Alexander (back row second from the right) and this week we look at his sister Johanna (far right).

Like her brother Alexander, I also did not know his older sister Johanna existed, although she was a widely acclaimed public figure in Toronto during the 1920-1930's whose passing made front page news in the local papers.

But then, I wasn't around in the 1920's. So, when I first caught of glimpse of her existence in 1990 it took me a full ten years to research her background. But what I found nearly took my breath away.

Poet, playwright, artist, composer, lyricist, teacher, when I contacted the archivist at the Sister's of St. Joseph to inquire about her, I was told, "Oh that one, if you're related to her you're related to a whirlwind."

Not exactly the kind of comment you'd expect to hear about a nun. 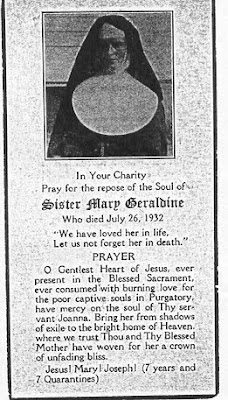 Johanna, known as Annie, was born in Scotland in the village of Portree on the Isle of Skye in 1871. Her family appears to have been frequently on the move with her parents born in Enzie, her brother William and his sister Mary Anne born in Inverness and the family immigrating to Toronto, Canada in 1872 (immediately after the birth of her brother Alexander on the Isle of Skye).

Although she was the fourth child born in the family, Johanna may have been the first of her remarkable siblings to have entered religious life. She entered the Community of the Sisters of St. Joseph, in Toronto, at 20 years of age. Most of her religious life was spent teaching in the Separate school system in various locations around the Province of Ontario. In this apostalate her dramatic and musical talents blossomed and she produced songs, plays, poems and operettas for the pupils. Most of these plays were of a religious nature and brought her to the attention of the wider community. One of Joanna's paintings, originally uploaded by Anexplorer.

Larger productions for the whole community followed: "The Poserello" on the life of St. Francis of Assissi (coincidentally the name of her parent's church where her brother William was associate pastor), "Christ the King", "A Salute to Canada 1867-1927" performed at Toronto's presdigious Massey Hall, and "The Lone Company" about the Jesuit Martyrs commissioned by Archbishop Neil McNeil.

All of these plays were produced anonymously and she was scandalized when the Toronto Star revealed her as the author, writing a scathing letter to the paper and creating more than a little controversy. 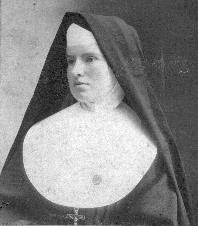 I have a copy of "The Poserello" which has a very dated feel to it. The convention at the time was to litter historical plays with as many "thees" and "thous" as possible but today it gives them an artificial and dated feel. Although there are moments when the dialogue just sings and its possible to get a sense of what audiences at the time must have experienced. 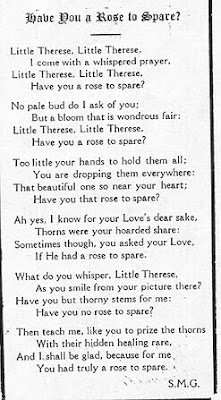 She died at a relatively young age for this family, at 61, on July 26, 1932, her obituary making front page news in the Toronto Telegram.