My Town Shoot Out

We interrupt my vacation for me to accept a challenge from Patty to post photos of our local community every Friday. This week's theme challenge is to post photos of our local churches. Patty and Reggie Girl have undertaken this project as a way for us all to get to know each other's community. Maybe you'd like to join us? Or, at least skip over to Patty's to see what the spiritual life in Crisfield Maryland looks like.

I'll get back to the Vacation series tomorrow. 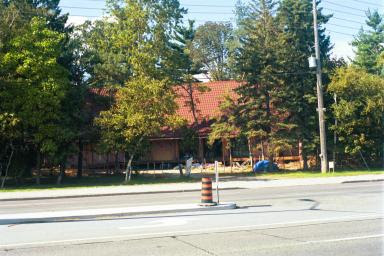 I live in Toronto, in the Scarborough area of Toronto, in the West Hill area of Scarborough. So West Hill will be the focus of these photos. A new feature on the West Hill landscape is taking shape among the evergreens on the banks of the Highland Creek at the Kingston Road bridge. A new Buddhist Temple of the Toronto Mahavihara Society, is evidence of the diversity of the spiritual life of the community. 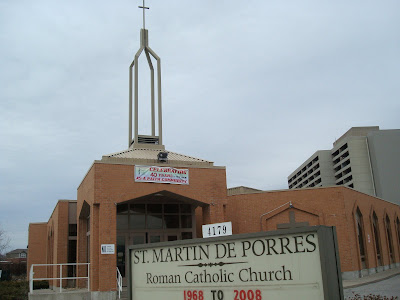 The major Roman Catholic Church in the community is St. Martin de Porres. Erected in the 1960's and substantially enlarged in the 1980's, its dramatic architectural style and placement at the intersection of Morningside and Lawrence make it one of the most well known features of the West Hill landscape. 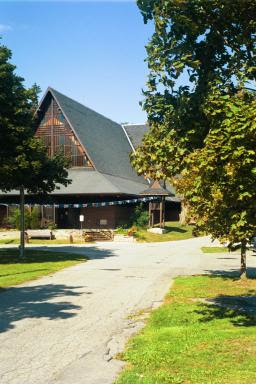 Another historic Church, St. Margaret's in the Pines, has been a West Hill landmark for decades. St. Margaret's was the first parish in which Tom Harper, author and religious editor of the Toronto Star, served after his ordination as an Anglican Priest. Today St. Margarets reaches out especially to the Tamil community and to the elderly, with recreation and social programs for senior citizens running on a daily basis. The programs are run by West Hill Community Services and include transportation to and from St.Margarets. 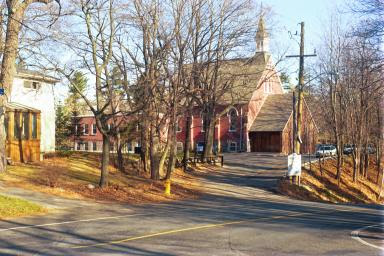 Among the oldest Churches in the area, the Melville Presbyterian Church stands on the very edge of the west hill of Highland Creek on picturesque Old Kingston Road. It is visually one of the most dramatic of the area's churches. 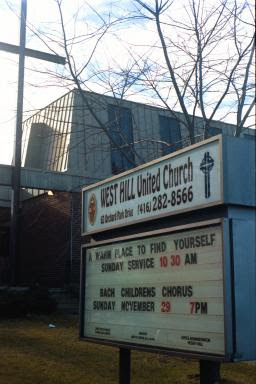 Opportunities for a rich spiritual life are offered by the many religious centres in the community. Of these, only one carries West Hill's name. And it is likely the most controversial church in the entire country.

The West Hill United Church stands at the intersection of West Hill Road and Kingston Road and looks innocent enough at first glance. Reverend Gretta Vosper welcomes visitors to her 1960s church. With a 230-family congregation, an average Sunday service has about 150 worshipers of all ages. The church has a youth group, a community supper program, and an outreach program that assists many charities. The church is currently creating more groups and programs. On Tuesday nights it houses Boy Scouts, karate and Narcotics Anonymous. The controversy arrises from its being the only Church in West Hill, and maybe in the entire country, that has banned God. All mention of God has been removed from all Hymns sung and sermons preached. This is a Church for those who like religion, but have no belief in a Spiritual life.

STAY TURNED AS WE RETURN TO VACATION MISADVENTURES TOMORROW, THE WOMAN WHO ATE LINDA'S BREAKFAST