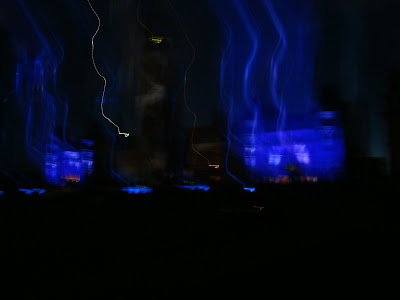 A couple of days ago I posted a description of our recent vacation. It was all true, but it left a few things out, namely all the embarrassing stuff.

Here's the final report on what really happened:

THE JADE THAT PUT BARRY'S BRAIN INTO OVERDRIVE

We were getting dressed for dinner on the last day of our vacation. We had decided to go to the historic dining room in the hotel for our meal. Truman had dined here and Churchill and various Kings and Queens of England. George Bernard Shaw and more movie stars than would fit in an inflated ego. Audrey Hepburn had dined here.

Yoshuf Karsh, the famous portrait photographer, once had his studio on the sixth floor of the hotel and the famous of the world would pop in for a photograph while visiting Ottawa on business.

The world has become a more casual place these days but we wanted to look good for such an elegant room. I had on my blue blazer and grey pants, Linda wore a green dress that looked wonderful with her auburn hair.

While waiting for our appetizers, Linda pointed out her necklace.

"You don't remember who brought this for me, do you?" she asked, an amused smile on her face.

I recognize a dangerous question when I hear one. The question implies this was a significant gift and its history should be branded, seared, in my memory banks.

It is a simple necklace, a thin gold chain ending in a loop with a piece of jade in the center. It looks too modern for it to have been something her father would have given her or a precious memento from a deceased aunt.

"I brought this entire outfit to match the jade in this necklace." Linda tells me, her smile broadening as she notes my discomfort.

Was it a gift for a significant birthday? For one of our wedding anniversaries? Did one of our daughters buy it, one of my brothers, Linda's sister, her best friend? Think Barry think!

"You really don't remember do you?"

"Uhhh," or some such strangled sound escaped my lips.

"You brought it for me."

No! The worst of all possible outcomes! The giant pistons begin churning more rapidly. The memory elves go into hyper drive.

Nothing! They find nothing!

"On your first business trip to Calgary. When you were away so long..."

"Eureka!" Screams an elf from an ill lit cobweb strewn back alley of my brain. He's found it!

I'd been away for two weeks on business in Calgary and had gone out one afternoon to look for a gift for Linda, something that would show I missed her. Something memorable.

"Of course I remember," I recovered. "That was the time when the giant Russian woman attacked our house at 2 o'clock in the morning!"

That incident had been another impetus for the gift. Nervously alone in the house for the first time, someone had started frantically hammering on our front door at 2 am, terrifying Linda. Peeking out the window she could see it was a very large frightening and frightened woman. Talking to her through the locked door, and despite the woman's heavy Russian accent, Linda learned the woman's car had stalled outside our home and this was in the days before cell phones were common. Afraid to sit in her car in a strange neighbourhood until morning, the woman had come pounding on our door.

Equally afraid to let the woman in, and not certain what else to do, Linda called the police and when the police arrived, they called CAA who sent for a mechanic. Linda had invited the woman in and made coffee while they waited.

"So you do remember," Linda happily interrupted my revere.

"How could I forget," I said. "Your new outfit matches the jade perfectly."

"New outfit? I brought this three years ago for our anniversary."

The exhausted elves didn't move. Some things are just a lost cause.

Fortunately, the waiter arrived with our appetizers about then and the conversation turned to other things.

And over time this memory too shall fade. Or be stored in a filing cabinet down an ill lit cobweb strewn back alley of my brain, which amounts to the same thing.