Patty and Reggie Girl pioneered the "My Town" Photo Shoot Out asking us to post photos of our local community every Friday. From a handful of participants it has grown into a world wide phenomenon with over 77 contributors and is now in the capable hands of ChefE, Jen and GingerV.

This week's theme, chosen by Sherri, is SUNRISE/SUNSETS.

Next weeks theme, suggested by Ellisa is Classics Of Childhood.

We haven't seen the sunrise or set for weeks. Instead the day just brightens. Kind of. 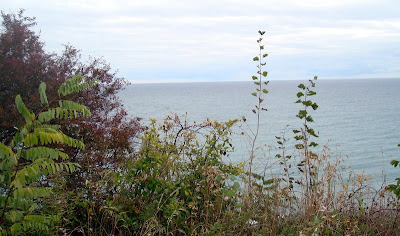 So I wondered about doing this shootout. There would be no glorious red skies at night, no sailor's delight. No spectacular greeting of the day. 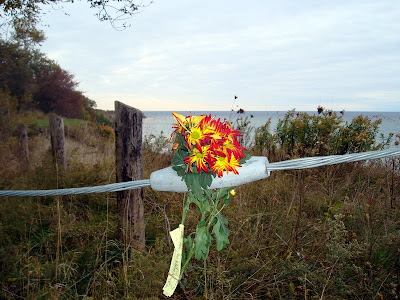 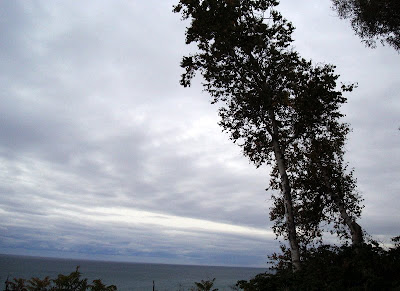 And so I grabbed my camera and my slightly surprised dog and headed through the dark of night to the park at the bottom of Morningside to stalk the illusive sunrise. Unsurprisingly, we were alone in the gloaming, my boots rapidly getting wet from the rain drentched grass.

Ninety meters below us, the gray waters of the lake, churned and slammed against the clay bluffs as the black skies lightened into a gunmetal gray. 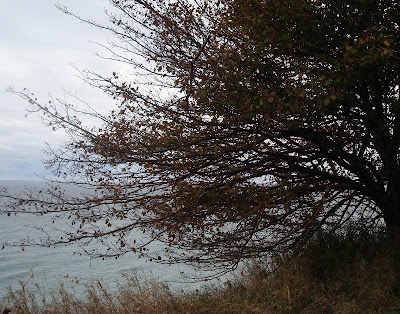 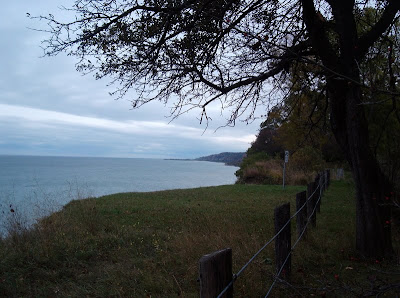 And as the skies brightened, I began to shoot. And to think. Without the camera, without this Friday blog to post, I would never be here and would never see this.

And strangely, as I clicked the shutter, alone in the lightening gloom of the day, I began to feel good. Honoured, in fact to be here to experience the coming of this day.