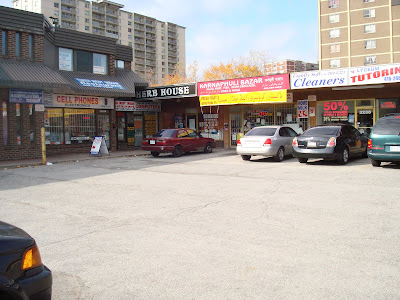 It sat in the elbow of the old "L" shaped plaza, between a used computer store and a the Karnaphuli Bazar. But before I could get to it, the light drizzle we'd been having all day turned to a heavy downpour.

I shut the car door and decided to wait the storm out. It rattled the roof of the car and ran down the front windscreen in sheets. I turned on the wiper blades for a minute. The stark black and white "Herb House" sign came and went, came and went as the blades fought uselessly against the deluge.

My Naturopath had sent me here on a quest, not for exotic herbs, but for a more soluble form of vitamin D. I had never been to an Herbalist before and didn't even know there was one in our community. My impression of an herbalist came exclusively from movies like the Goonies. I pictured a murky chaotic interior filled with bags and glass jars all hand labeled by an ancient Chinese Herbalist who sat in shadows at the rear of the store dreamily smoking his bong.

The noise of the rain against the car roof was deafening.

I ached. It was the third day since my chemotherapy treatment and side effects were beginning to show up. Every joint in my body was in pain, buffeted only slightly by extra strength Tylenol.

Linda had no desire for me to be here. She wanted me safely cacooned at home as H1N1 swept across the city. My immune system may, or may not, have been impacted by the chemo. We won't know until the next blood test in three weeks time. Chances are it has been only slightly impacted at this point, so I think I'm safe enough to be out, among people. Briefly.

Another car pulled across the parking lot, wiper blades going at double speed, its wheels leaving a wake across the wet lot as it crawled passed. 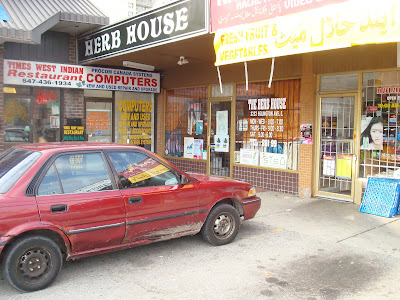 I had a lot to think about, while I waited for the storm to let up. I'd just been reading an article on studies being conducted at the Indiana University School of Medicine. The study's director, Margaret Moga, was researching the arcane practice of sending healing energy at lab mice injected with cancer cells. Expecting a 100 percent fatality rate, instead the results had been nothing less than astonishing.

Initially inspired personally by ancient Chinese methods of herbal and natural remedies, Maga was taken aback with the results of both the control group of mice and the "experimental" group. All mice in both groups, which were expected to die in less than thirty days and those that received the healing energies focused by the lab assistants, lived out full life spans.

The preparation for the experiment was straightforward enough--project pure and positive thoughts, feelings and visions personal to the "healer" through a training session, and focus the positive energy through open palms upon the experimental group. After series of treatments, the group receiving healing went into remission and beat the cancer... but so did the group not treated.

This would have come as a complete shock if it hadn't already been done in studies, rigidly controlled by other skeptical scientists, before. Does the bio-mind have a large scattered field of energy that encompassed more than the intended mouse? Or was it all just a meaningless oddity.

The world was a stranger place than I had assumed. I sat in the car in the storm and thought.

Until the rain turned off with a suddenness that was startling. For a moment the world was quiet and peaceful, until I began to hear traffic roaring and beeping along nearby Eglinton Ave.

I reopened the car door and ran across the parking lot to the Herb House and the ancient Chinese bong smoker.

Instead I found a clean and modern store that reminded me of a strange cross between a drug store and a pet shop, with shelves of drugs next to shelves of large bags. The store was staffed by a young Indian couple who were laughing and teasing each other. I approached and showed them the note from the Naturopath. The young woman smiled and went to get the liquid form of Vitamin D from the shelf.

"Look under 'V'", the man reminded her,looking up from his Blackberry, "Not under 'D'"

She gave him an ironic smirk, and deftly picked the product from the shelf.

He charged me $17.50 and 5 cents for the bag, as now required by Ontario law. And my first visit with an Herbalist was over.

And I went home, without the flu.