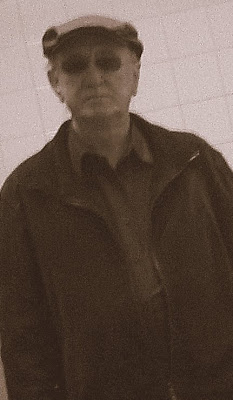 I didn't think about it at the time, but sitting facing toward the rear on the comfortable seat of a GO train traveling at 100 kilometers an hour, while watching the world through the window retreat into the distance and being unable to look behind me at what was coming my way from the future, was highly metaphorical. Frighteningly so.

Tuesday's GO train took Linda and I into downtown Toronto for a critical visit with the medical oncologist. She had a lot of news for us. The CT scan conducted two weeks previously showed no change in the 3 cancerous "hot spots" in my hip and spine, showed that the tumour in my esophagus was continuing to shrink dramatically, and also showed no swelling in any of my lymph nodes.

However, esophageal cancer cells metastasize at the undetectable microscopic size of individual cells, travel down the lymphatic system to their host sites in the body (the Ileum in my case) and parasitically multiply over seven million times in size before a CT Scan can detect them.

But, the powerful gamma ray bone scan, that was conducted at the same time as the CT Scan, can detect cancerous growth in bones at much lower levels. And found new hot spots just beginning their rapid and uncontrolled growth on three of my ribs and in another section higher up on my spine. So now there were seven cancerous hot spots altogether in my bones, not three as we had believed.

And seven sites were too many for the oncologist to ignore.

So the oncologist has immediately arranged for an aggressive new chemo session of three cycles spread over the next three months in an attempt to slow down the spread of this cancer.

Sadly, this comes before the MEDS (Meditation, Exercise, Diet and Stress reduction) program I've started to work on has had enough time for a fair trial. I had only been on it for three weeks before the two scans took place. That makes five weeks total up to now.

But esophageal cancer is nothing to fool around with. It is so aggressive it never go into remission--but (if hit hard enough) it can get slowed to a crawl. Can give me some respite if not remission. Perhaps give me a few years for new discoveries to be made, or for the MEDS program or other alternative therapies to work their magic.

Because I'm not giving up on the MEDS program, to the extent that I can physically continue with it over the next nine to twelve weeks. I am also keeping tomorrow's appointment with the Naturopath.

On this powerful upcoming cycle of chemotherapy, there will be noticeable side effects. I will temporarily loose my hair, the feeling in my fingers and toes and will have my immune system seriously compromised. The fun never ends.

Hopefully I will have recovered from the rigors of my treatment by
Christmas, or (if not) we will have to make up for it with one heck of a
Valentines Day celebration next year!

On the GO train bouncing and swaying our way back to West Hill, I made sure I was facing forward, watching the world coming toward me. Holding Linda's hand and keeping a sharp eye on what the future had to bring.