A Visit With A Naturopath 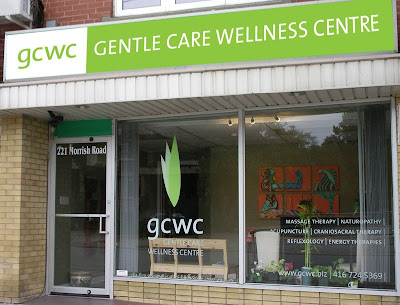 The phone call came in after we had been waiting for ten minutes. The perky receptionist carried on a friendly conversation but kept glancing over at us as she spoke. Finally she put down the phone.

And told us the call was from the Naturopath, who was on her way but was stuck in traffic. She hoped to be no more than five minutes.

Used to being "patient patients", sometimes kept waiting for over an hour by overworked Oncologists at Princess Margret Hospital, five minutes was no problem at all. 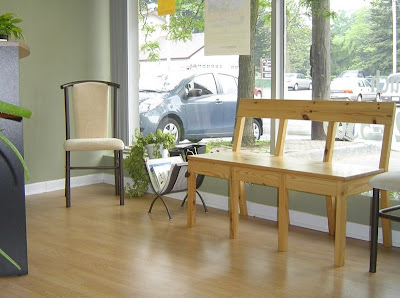 Of course, Princess Margaret Hospital had more comfortable chairs in their waiting rooms. The Gentle Care Wellness Centre was more trendily ascetic in its decor. So we sat on a wooden bench and fended off offers of herbal tea from the receptionist.

I had never consulted a Naturopathic Doctor before and didn't quite know what to expect. I had been warned that she would prescribe a vegan diet, cutting out bread because of the gluten, stopping my drinking red wine, cutting out coffee, eliminating all dairy and would send me home with a variety of exotic herbs and vitamins. Maybe recommend Linda and I take up Yoga.

And as if thinking the word had conjured her up, the Centre's yoga teacher came hustling out to the waiting room for a cup of herbal tea. She saw us waiting and asked if we'd like a cup as well. But once more we fended off the offer.

A few minutes later still another trim and very fit woman emerged from the Centre's depths, saw us waiting and offered us herbal tea. 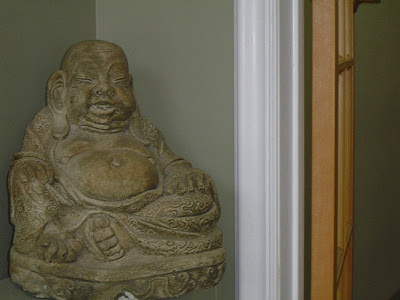 In stark contrast to the sleek staff at the Centre, a hugely obese statue of Buddha sat in the corner of the waiting room. And I started to wonder why statues of Buddha depicted him as fat. Wasn't Gautama an ascetic living only on food that was donated to him? Didn't he meditate for days under the Bodhi tree? How could he be fat. Did he cheat and while his followers were sleeping at night, run home to daddy's palace and engorge on food?

Certainly no one at the Gentle Care Wellness Centre was overweight. No sneaking home to daddy's palace at night for them.

The door opened and a tall, willowy and apparently pregnant lady came bursting in out of the cold and rain, shaking water from her long black hair. She paused at the sight of us, came over and introduced herself as our Naturopath.

"Can I get you a cup of herbal tea?" she asked. 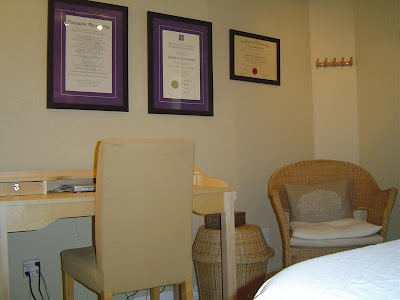 We spent nearly two hours in her office going over my personal and medical history. I described my self prescribed MEDS program and she was delighted I was meditating and exercising and that we had switched to a vegetarian diet. She promised to send me some additional recipes of vegetarian foods she loved, but warned some of them had chicken in them. She had no problem with our drinking the occasional coffee, or glass of red wine. She never mentioned the evils of gluten in bread.

She did insist I stop taking vitamin D tablets, even though they were recommended by the Canadian Cancer Society, because little of the vitamin D was absorbed by the body in pill form. Instead she prescribed a liquid to be taken one drop on the tongue with each meal.

And speaking of my tongue, she examined mine with great care. The appearance of the tongue giving her deep insight into my overall health.

"If I didn't know you had cancer, I would think you were in very good health," she said after the examination.

I put my tongue away and thanked her.

She asked permission to discuss the peculiarities of my form of cancer with her herbalist who has thirty years more experience than she does and we booked a follow up appointment.

Then Linda and I went out into the rain and the cold and headed to Tim Horton's for coffee.