I'm taking a step back from my normal Sepia Saturday focus on the Fraser's this week to remember my mother whose funeral is today, Saturday March 6th. I can't think of a more fitting time for reflecting on her life. What follows is the second part of a very abbreviated version of an autobiography she wrote for me back in 1989. Please see The FSO post for part one. 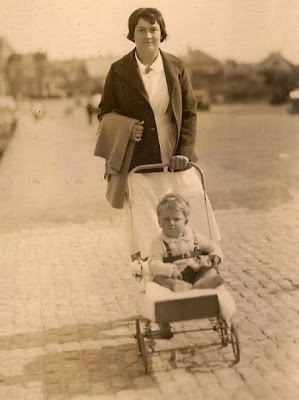 After graduating, I worked as a Nanny for a family in Carshalton. And then for the wife of an English Major. Their house in Hindhead was on the grounds of Amesbury Boys Private School. Peter, the son of Field Marshall "Monty" Montgomery attended Amesbury School and on one "Field Day" Monty visited and I was introduced to him.

The wife of the Gym Instructor at the school had opened her home to some Canadian Soldiers and five of them roomed there. That was where I met Bill. I had the mistaken impression that he was married. But Pat the 12 year old daughter soon put me straight and our first date was at a wedding reception for a comrade of his who was marrying an English girl in Hazelmore.
On my next day off, he said he couldn't take me out as he was to be Best Man at the wedding of a friend. That turned out to be Al and Phyllis!! 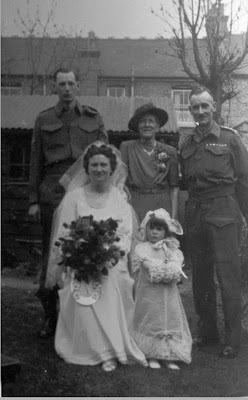 Rosanna's Wedding Photo
We went to St. Albans on our Honeymoon and when I came out of the bathroom, that evening, I found Bill on his knees saying the "rosary". He was Catholic and I was Protestant, so I had no idea what he was doing. When I asked him he said he was doing his penance for having married me! So I threw my slipper at him!

Despite that, Barry was born just over a year later. 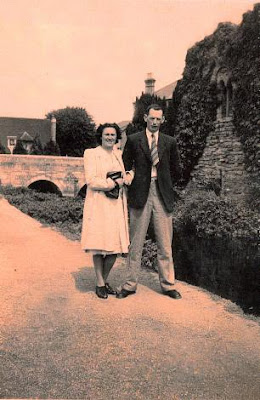 Rosanna and Bill On Their Honeymoon
After the war, we resided in East York where John, Malcolm, and Keith, were born. We then moved to West Hill where we were blessed with a grandson, Mark (who carries on the family name) and three granddaughters, Katherine, Heather, and Sherrie (all of whom have also become vegetarians). 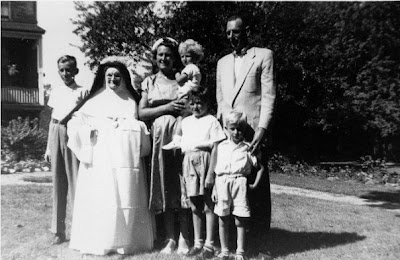 Rosanna and Family Visit Sr. St. John
After Bill’s death I met Al again and learned that his wife Phyl had passed on. Eventually Al and I married and that is how Norm entered the family as one of my son’s as well.

Fate has a strange way of working, hasn't it!