Finding My Self In Scotland--part 4 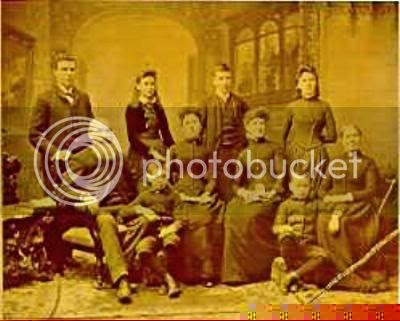 Over the next few days we met with several people I'd been corresponding with over the past few years.

From Dr. Reid, who wrote the history of Portgordon, I learned Dryburn is pronounced “Dra’burn” and refers to a now dry burn or brook which once ran beside the property. He referred me to Grant House in Elgin in search of news stories of the fire.

Local historian, Anne Burgess, treated us to lunch in her home and told us of the current state of Gordon Castle in Fochabers and described for us what a typical Rent Day would have been like at the Castle while my family still lived in Dryburn as tenants on the Duke of Gordon's estate.

In Elgin we had dinner with the Bishops who had been assisting with much of the genealogical information we'd gained on our family and contracted with them for some further research.

Finally at Grant House, Graeme Wilson looked up the newspaper account of the fire at Dryburn. It was a large article filled with wonderful detail. But most wondrous of all was the discovery that the fire had been contained to the brye (the barn) and shed.

The Dryburn we had toured the previous evening was our ancestor’s home! Over three hundred years old and still standing.

My family had laid the stone, the walls I touched had been built by them, the six inch thick flagstones on which I had stood were placed there by my family. My heart was thumping with the discovery. Had Grant Lodge not been such a dignified place, I might have let out a “Whoop!” of joy.

I contained myself. And if my hands were trembling, no one seemed to notice.

But that wasn't the last, or even biggest, surprise of the day. When we got back to our Bed and Breakfast, there was a phone call for us from Anne Burgess.

As I would ever be.

"Yer Great Grandfather William was born outa wedlock." She said. "Aye, an' its warse than that. His mother was a papist and his father was from good Church o' Scotland stock. It would ha' been quite the scandal in a wee place like Portgordon was in those days, yer great, great James bein' the Harbour master n' all."

I was glad I was sitting down. William, the Patriarch of the family whose deep religious values would result in two sons becoming Priests, two daughters becoming nuns and a grandson who would go on to become a Bishop, had been born out of wedlock.

"Yer great great grandfather James acknowledged fatherin' the bairn and was ordered by the Church ta pay for his care. Its all in the Kirk records. Yer William was raised by the Greens, na yer family. That's how he got to be a Catholic, ye see?"

And suddenly, I did.