Friday's My Town Shoot Out : People 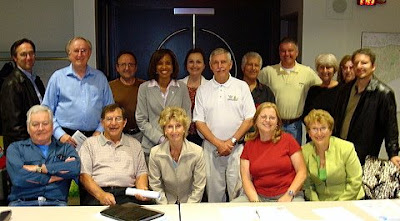 These fine people are the Executive of the local Community Association. As past President, that's me in the blue shirt. Also in the photo are our two City Councilors and our Member of Parliament, Margaret Best, in the gray suit in the back row. 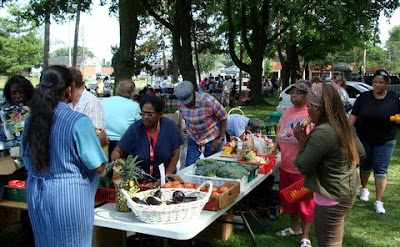 We have a Community Market that runs every Thursday on the grounds of St. Margaret's Church. A much larger Farmers market will be joining it at the Guild Inn starting in June. 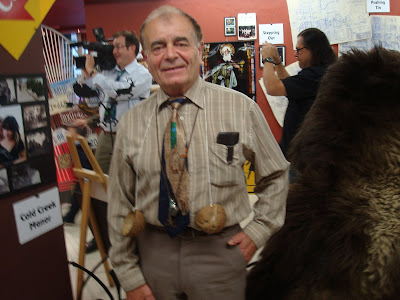 Bill Harmon is a former set designer for many of Hollywoods major motion pictures. He has retired to West Hill and recently gave an exhibition of some of his memoroabilia, from his work on such movies as Monty Python and the Holy Grail, Star Wars, most of the James Bond films, The Last Valley, X Men and others too numerous to mention. Those coconuts dangling from around his neck are the very ones used to make the galloping sounds in the Holy Grail. 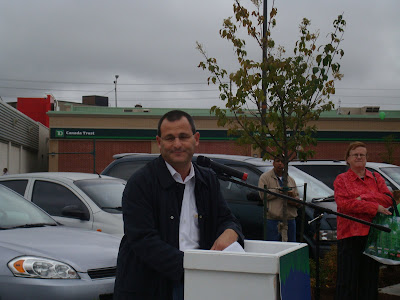 I've forgotten this gentlman's name, but he is the President of First Capitol who own many of the shopping Malls in Ontario. He was officiating at the opening of Morningside Crossing here in West Hill, the first Green shopping plaza meeting the LEEDS gold standard. Unfortunately I caught him making a strange face. 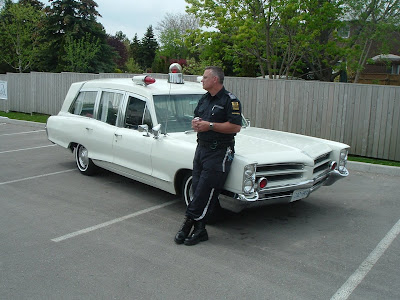 This lonely police officer was part of a demonstration of antique police cars at the 43 Division Police BBQ, held every May. The vehicle behind him was from the days when ambulances and hearses were one and the same. When there wasn't a funeral, a red light was just slapped on the roof of the hearse and it became an ambulance. 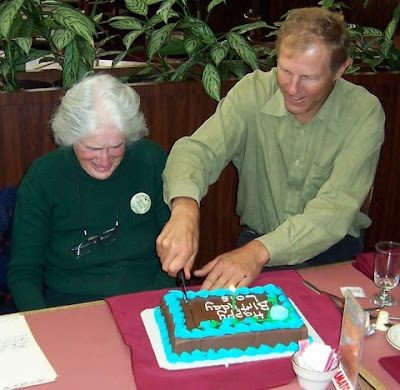 This is a photo of one of my heroes, Lois James, founder of the Save the Rouge Campaign, which preserved the beautiful Rouge River Valley (where I take Lindsay for runs on the weekend) from becoming another freeway into the city. Her tireless battle led to her being made a Member of the Order of Canada, the countries highest civilian honor. I held an 80th birthday party for her. Helping her cut the birthday cake is the Leader of the Green Party of Ontario, Frank DeJong. 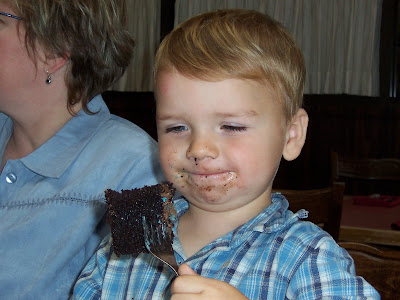 This is my grandson Griffen enjoying Lois' birthday cake. 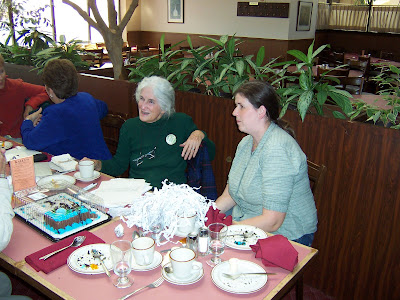 My daughter Heather worked for Lois as her personal assistant, desperately trying to keep her organized, for several years. Since they won the battle, I guess Heather did very well.

Patty and Reggie Girl have undertaken this project as a way for us all to get to know each other's community. There are links to all the Friday Shoot Out participants at the bottom of my left panel.

Maybe you'd like to join us as well and post photos of your community? If you do, let me know so I can add your names to the list.