The First Nations peoples originally settled this land and built their homes on the banks of the Highland Creek. 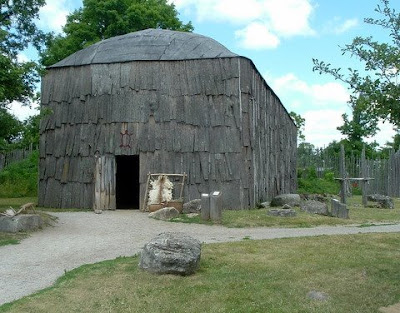 The name "Iroquois" was given to the peoples of the six nations by their enemies. The Algonquin called them the Iroqu (Irinakhoiw) "rattlesnakes." After the French added the Gallic suffix "-ois" to this insult, the name became Iroquois. The Iroquois call themselves Haudenosaunee meaning "people of the long house." Iroquois villages were generally fortified and large. The distinctive, communal longhouses of the different clans could be over 200' in length and were built about a framework covered with elm bark.

Evidence of two of their villages have been found long the banks of the Highland Creek. These villages were set well back from the creek, away from the flood plain and from the sight of their enemies. The village on the west hill is located near the Alda Motel, while the one on the east hill of the creek is on the Helliwell property. Descendants of the original peoples continue to reside on this land in the Gabriel Dumont community of West Hill. This reconstructed Longhouse is from the Crawford Lake reserve. 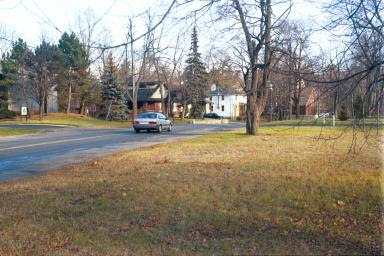 More Myth than Reality, more Dream than Truth, the original village of West Hill can no longer be seen but only glimpsed. Hidden from direct view behind apartment blocks, shopping malls, major thoroughfares and sprawling subdivisions, the village of West Hill lives on, in small oasis of beauty between the encroaching bricks and granite of Canada's largest metropolitan area. Swallowed first by the City of Scarborough which in turn was engulfed by the City of Toronto, West Hill no longer exists on any map, yet can still be found when the light is right and guide is sure. Come, we will seek this small village together and let her peace and charm renew our souls and delight our eyes. 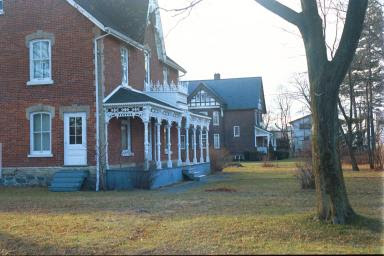 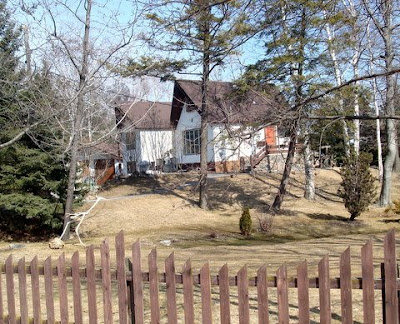 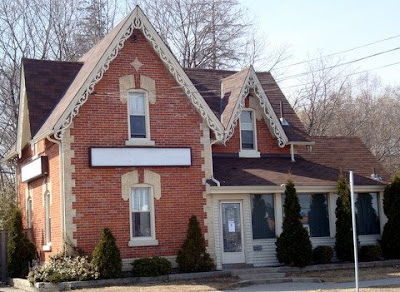 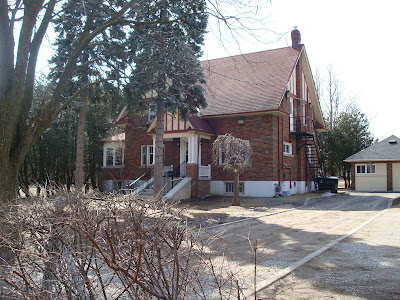 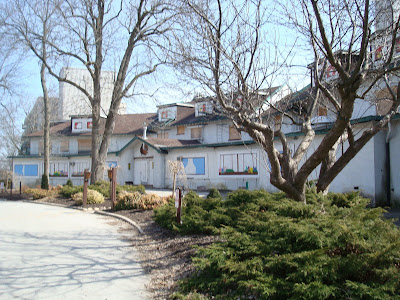 Originally the home of Colonel Bickford, The Guild Inn was owned by my great uncle Msrg. John Fraser from September 1921 to October 1924. He renamed the property the St. Francis Xavier China Mission Seminary. During World War II it became an official naval base and was renamed, HMCS Bytown and, later still, was transformed into a military hospital and renamed Scarborough Hall. The property later became the Guild of all Arts and became an major Arts Center. Now owned by the City of Toronto, and its future the subject of considerable controversy, the stately building has been boarded up and left to rot.

Most recently Centennial College has expressed an interest in the property to house its International Relations Department. 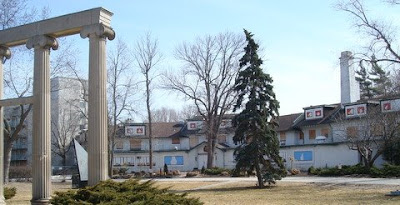