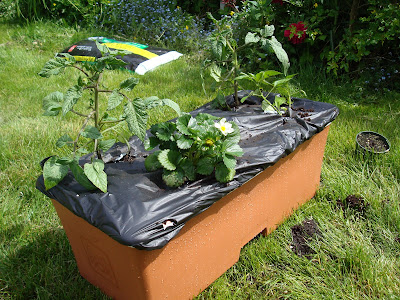 Two days after this tranquil scene was taken, a dastardly crime took place. The photo above is of Barry's latest hobby, the growing of organic vegetables in a self regulating container: an Earth Box.

He had received the Earth Box joyfully and proceeded to put it together with fewer extraneous parts left over than his brother's new barbecue had produced. He had purchased soil and plants and had even made a proud video of the endeavor.

Then he had settled back in the righteous belief that he could now coast through the upcoming radiation and chemo therapies that awaited him, sure in the knowledge that at the other end, he would be able to walk into his backyard and pluck from his own plant nutritious, fresh tomatoes, peppers and strawberries.

Instead, below is the scene that awaited him two day's later-- 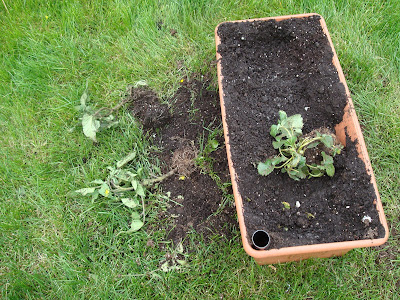 The plastic cover had been ripped to shreds, the plants ruthlessly torn from their happy abode, the fertilizer had been EATEN, one tomato plant had been slashed to pieces and the bell pepper plant was missing altogether.

Barry was crushed, devastated, his dreams in tatters.

Who could have done such a horrible thing?

Well, here is one clue. The following is a one minute video of the crime scene including an interview with one of the suspects.

And here is a lineup of the most likely suspects. Please look them over carefully and then submit your verdict.

Let me know who you think is the guilty party. 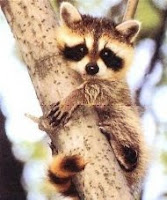 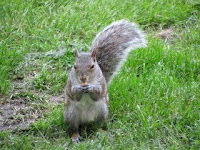 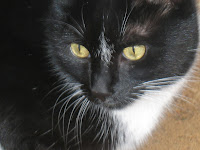 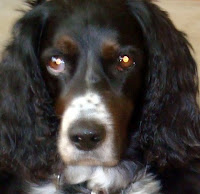 Barry and the Earth Box to be continued in Part Three--coming soon.