Patty and Reggie Girl have organized the Friday Photo Shoot Out asking us to post photos of our local community every Friday. From a handful of participants it has grown into a world wide phenomenon. This week's theme, chosen by my wife Linda, is TEXTURE.

There are links to many of the Friday Shoot Out participants from literally around the world at the bottom of my left panel. For a comprehensive list see Patty's blog. Maybe you'd like to join us as well and post photos of your community? Click here for everything you need to know to join the Friday Shootout Gang. Next weeks theme is LAWN ART. The fact is that the Hospital sits on University Avenue, one of the most majestic of all streets in the City of Toronto. Of course it was designed that way as the lead up to Queen's Park the seat of the Legislature of the Province of Ontario, built in 1893 in the Romanesque style. The statue above is of Sir John A. MacDonald the first Prime Minister of Canada. (click on any picture to enlarge) 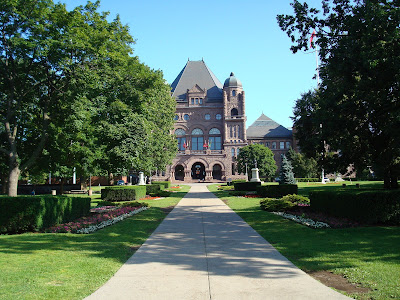 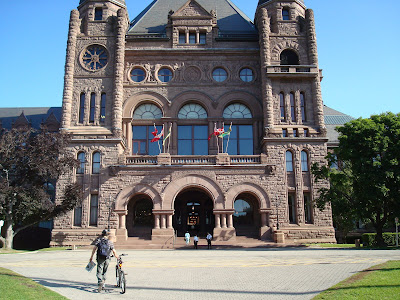 The Emperor and Empress of Japan visited Queen's Park shortly after these photos were taken yesterday and the grounds of the Legislature were filled with cheering Japanese-Canadians. Even in Japan the Royal family can only be seen on public occasions behind bullet proof glass. Here they walked through the crowd greeting people personally. 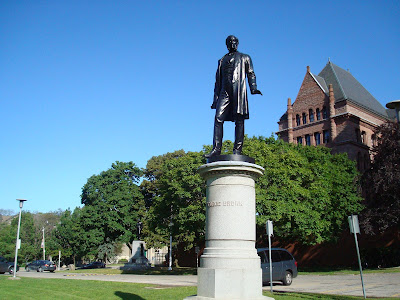 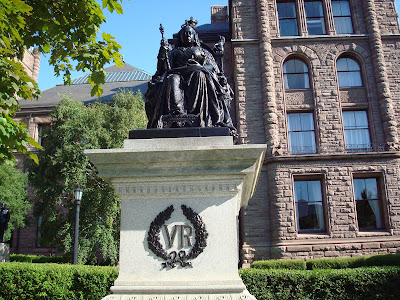 And this of course is Queen Victoria. Notice her smooth texture. Queen's Park, of course, was named after her, although it was her son Edward VII who formally opened the Legislature on her behalf. The statue of the Queen is at least three times her actual 5' height. 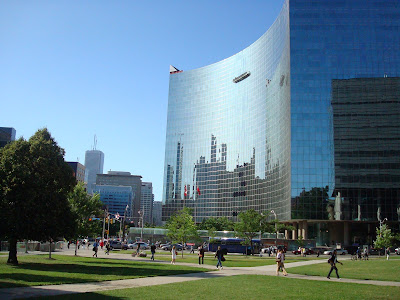 And speaking of smooth, this the Ontario Hydro Building. 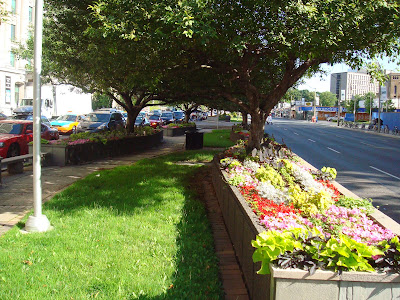 The flowered boulevard runs the entire length of University. 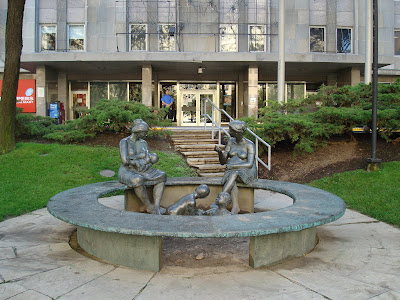 Princess Margaret Hosptial sits in a block of major hospitals. The statues here are on the front lawn of the Sick Kids Hospital. Also on the same block are Mount Sinai and Toronto General Hospital 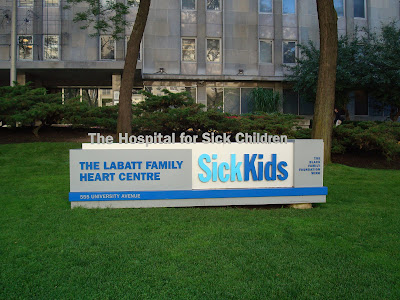 Statues can be found at every intersection along the boulevard, there black metalic surfaces a stark contrast to the numerous trees and flowers that line the way. 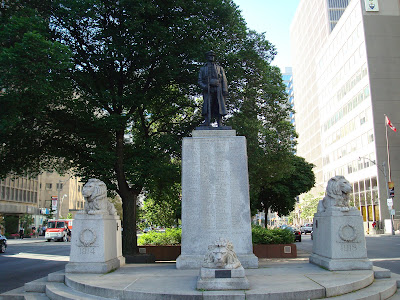 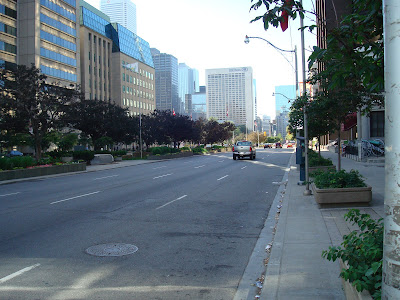 Texture, you want texture, just take a look at this canon. And if you don't agree we're turning this sucker around and pointing it at you. 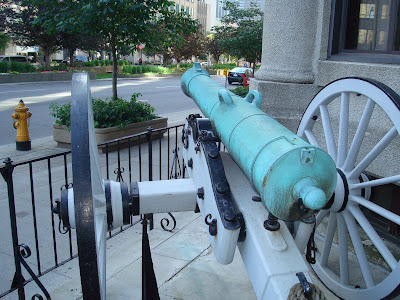 The is the United States Consulate fitting snugly and unpretentiously into a corner of University Avenue. 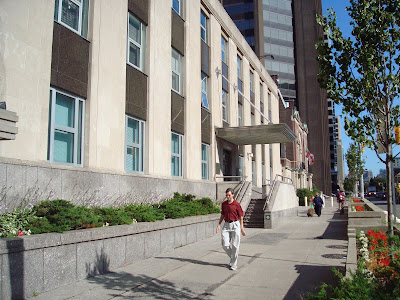