The Corrosiveness of Doubt 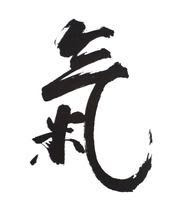 I hurt and I shivered and I doubted.

And I sat, immobile, frozen to my core in a warm house under two blankets.

While the red numbers on the digital clock moved forward at an inexorable pace.

There really was no sense going to tai chi today. I had missed the first class and the forth class, out of four, due to conflicts with oncologist appointments. That was fifty percent. Half the sessions. I was too far behind with no hope of catching up.

And I was wracked with chemo side effects: I had lost feeling in my feet and finger tips, all the joints of my body ached, I had a head ache, a sharp pain in my lower spine, I had bone deep chills and couldn't get warm no matter how many blankets I put on, and I was weary and profoundly tired. All I wanted was another blanket, a comfortable position to lie in and to be left alone.

While the red numbers on the digital clock moved forward an an inexorable pace.

It was stupid to go to tai chi. It was stupid to have signed up for tai chi in the first place while I was still on chemo and would be missing every third session due to hospital appointments. Missing today would put me so far behind I would never catch up, but I could take the class over when it was offered again in the spring, when chemo was finished and I could make every session.

However, while my brain was busy debating the issue, I pushed off the blankets and got up on weary legs and started putting on my coat and shoes.

This was stupid. I shouldn't go. I'd missed too much, I hurt too much. I was too far behind.

I put on my hat and walked carefully out to the car.

Besides, I thought, it's too late. I'd spent too much time debating whether to go or not and now, unless I got every green light, I'd be late for class.

I started the car and made every green light.

At the Scarborough Village Recreation Centre the class hadn't started yet. The previous group using the room had run late and my group were still waiting in the lobby.

And she had brought a tape of the first 17 movements if anyone wanted to borrow it. It wasn't available in DVD, only on VHS. So there were no takers. However, I still had my VHS player hooked up to my TV and since no one else was interested, I took the tape. And asked the Instructor to order me my own copy.

In the class I discovered I was no more confused and behind than a majority of the people. And as I moved and stretched and twisted and reached I began to feel better. Aching knots in my body began to undo, painful joints eased.

Now between the tape, an instruction book my cousin had sent, and with the last of my chemotherapy sessions looming on the horizon, I began to believe I could do this.

I had faced my doubts, caught up with the class and went home a happier man.

At home I buried myself under three blankets, whimpered pitifully a few times, took an Advil and went promptly to sleep.