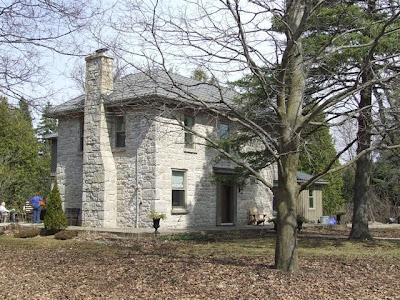 In my defense, it was easily done.

And I was in pain, which can be distracting.

As a special treat for my Birthday, my daughter Heather had arranged for us to have the use of the Ashlar House. It was a beautiful country estate that a friend of hers lends out for events and retreats and movie shoots.

Which, as it turns out, was going to be a problem.

I had an inkling of the problem to come when Linda asked, around the half way point into our journey, "Barry, where did you put the map?"

"The map you googled? With the directions? The map you printed off last night?"

"Did I tell you I have a pain in my back today? That I pulled a muscle or something?"

"It was easily done," I explained.

However, we are intelligent, resourceful people, confident in our ability to remember directions.

"Well, it's alright," said Linda. "I'm pretty sure I remember how to get there."

"Take exit 320, go north through Acton and keep on until morning."

An hour later I realized we were lost. I realized that when house number 5405 turned out to be an empty field instead of a luxurious country estate.

"Well, it looked different from this in the photos," Linda agreed. "In the photos there was an actual house on the grounds."

Fortunately for us, I am not the type of male who insists in driving around until he stumbles on his location. I am the type of man to will use any and every resource available to get to where he is going as expeditiously as possible.

So I stopped and asked a kindly lady who was walking down the country road ahead of us.

"Ashlar House," she said. "Can't say's I've ever heard tell of it. Ain't you got a map? Ain't you ever heard of google?"

We left the old bat muttering her quaint and rustic nonsense, and drove on a few more kilometers until Linda suggested we call my brother for help. I pulled over and called him on his cell phone. They were still on the way but his wife Rita had printed off several maps and it turned out we were on Country Line 2 when we were supposed to be on Line 9.

This made a considerable difference.

"See," said Linda, as wives will. "Rita remembered to bring her maps."

"She doesn't have a sore back." I pointed out. As if that explained anything.

And so we made it to my birthday party (as if they could have started without me). Ashlar proved to be as beautiful as its website. The grandchildren were thrilled to find there was a little room under the stairs which they immediately named the Harry Potter room, and which kept them amused for hours.

My sister in law, Lynda, fell in love with the House and was last seen planning how she would decorate it for Christmas.

And I still have a bad back but it is getting better, thank you.

And I hope you all had a wonderful Easter? 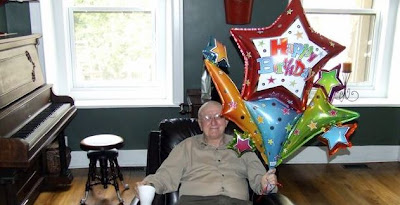