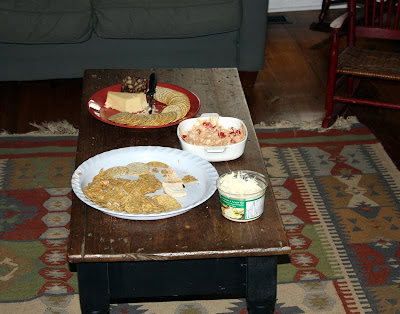 While the children were playing and the meal was cooking, the adults sat around the fireplace in the livingroom, eating crackers and dip, drinking coffee and saving the world.

"How did John Edwards think he could get away with it," my sister-in-law was saying. "I mean this was a man who was running for President of the United States, surrounded by security guards 24 hours a day and in the midst of a firestorm of media attention?"

"These men all have a sense of entitlement, don't they. And a huge ego that says they can do whatever they want." My other sister-in-law observed.

"And what about poor Sandra Bullock. She was completely blindsided by her husband's infidelity. Completely blindsided. And at the moment of her greatest triumph. And after she said such nice things about him at the Academy Awards"

"Well, it's okay. He's sorry and he's in rehab." my brother suggests.

My sister-in-law is outraged, "Yes! Yes!" she exclaims, "Whats going on with all these cheating men going to rehab!" 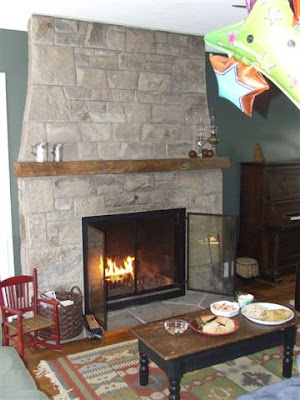 "What I don't understand," Linda leans forward, "Is how Tiger Woods comes to be the top news story of the day. They devote the first five minutes of the News broadcast to Tiger Woods cheating on his wife. Since when is that more important than the earthquake in Haiti, the flooding in the American North East, Ontario canceling its plans for the new transportation system in Toronto..."

"And speaking of the Toronto Transportation Commission, what do you think of Adam Giambrone."

"The good looking councillor responsible for the TTC, who announced he was running for Mayor one day and then had an undergraduate student tell the press all about her sexual escapades with him on his office couch at City Hall, the next day? That Adam Giambrone?"

"Well I guess it just proves men are the same everywhere not just in the United States."

Our wives look across the room at their husbands suspiciously.

My brother puts his coffee cup down. "So Barry," he says, "When did you first notice you had a sore back...."

And, unfortunately, once again, the World's problems had to wait for another family gathering before being resolved.