Each week we are following the lives of members of my Great Grandfather William's family as they appear in this 1890 family portrait. Last time we focused on my Grandfather Charles Fraser (front second from the right) and this week we focus on the last person in the photograph (front row far right), my great grandmother Johanna Chisholm Fraser.


Joanna Chisholm was the daughter of Isabella Rhind and John Chisholm who were married on November 11, 1834 in Inverness. She had several maternal aunts and one uncle: Ann, Jannet, Catherine and James. 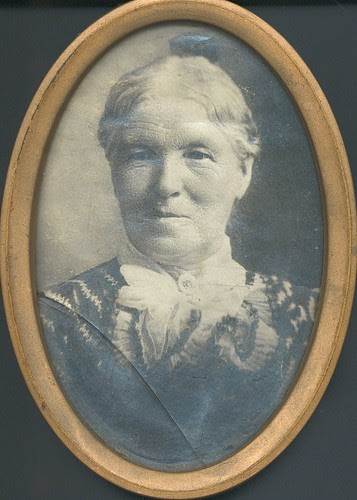 Joanna was living on Park Lane Inverness at the time of her marriage to William Fraser, a carpenter newly arrived from the little east coast fishing village of Portgordon. The ceremony was performed by Rev. John Thompson, Clergyman, in Elgin. Witnesses to the marriage were Edward McGhie and Alexander Gibb.

After several years living in Inverness, Joanna followed William on the long trek to the distant Isle of Lewis where he worked for a year, building the County Courthouse, and where she gave birth to her little son James, who died after only 11 days.

The little family then followed the scarce work back south to the Isle of Skye where William worked for three years as a carpenter and a cattle trader, saving up enough money to bring his family to Canada. They were well enough off during this period for Johanna to afford a servant to assist her with the care of her four children. 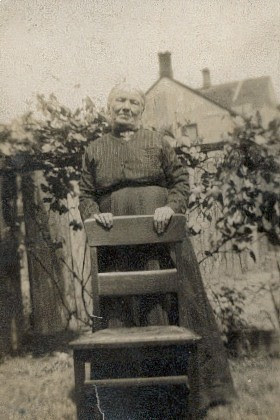 In 1873 the family moved to Glasgow from where they set sail for Canada on one of the new steam ships. The family settled in Toronto where William became a very successful builder, lecturer at the Toronto School of Architecture and School Trustee.

Johanna and her oldest daughter Mary Anne raised the 8 children in the family (3 had died in infancy), kept them fed with the produce they grew in their large vegetable garden, made all of their clothing by hand and saw they were well educated.

They also cared for their son Alexander's children for a while after his wife died and the children of their daughter Isobella when she and her husband passed away.

Joanna died in Toronto on February 15, 1920, only a few months before her husband. The newspapers lamented the passing of this prominent Toronto family as true pioneers of the City. 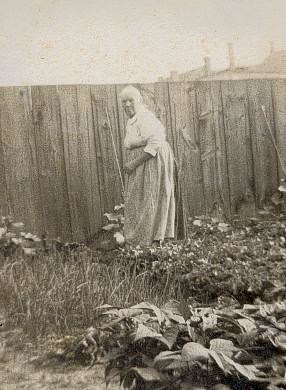 Johanna Fraser in her garden, originally uploaded by Anexplorer.