When Two Cancers Are Better Than One 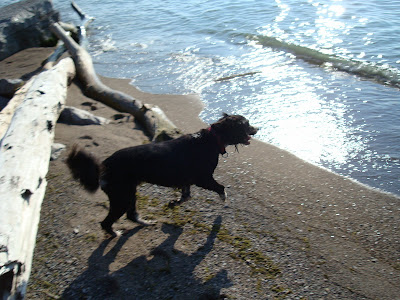 I usually try to reserve Wednesdays for stories about Lindsay, but hospital scheduling is no respecter of the protocol of little dogs or blogging schedules, and delivered its news by phone late yesterday. Lindsay, being gracious to a fault, has kindly waved her place in the sun so that I can bring you news of an important development in my condition.

Well, alright, she didn't wave her place in the sun, she's gone out in the sun for a swim at the beach and is telling me not to be long.

So I'll keep this short. 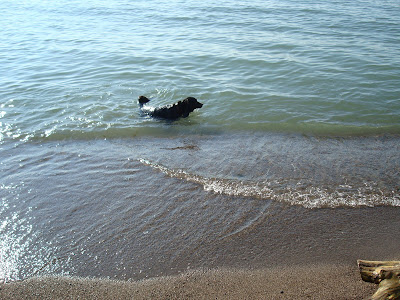 It doesn't happen often, but in my case it appears that having two cancers is much better than having one.

The pathologist confirmed yesterday afternoon that I do have a second primary cancer, a very low grade lymphoma, in my right hip. Had it been a spread of my esophageal cancer it would have been much more serious, and potentially fatal. The stage of my esophageal cancer and of the lymphoma are so early that both are considered curable, not just treatable.

So I should be around for a few years yet.

However having two cancers means a change in my treatment regimen. I will be starting right off with both chemo and radiation on the same day, next Tuesday. I don't have all the details yet but I am meeting with both the radiation oncologist and the medical oncologist on Friday morning to get a full explanation of my condition and the new course of treatment. Both the radiation and the drugs I will be given will change so that both cancers can be addressed simultaneously. 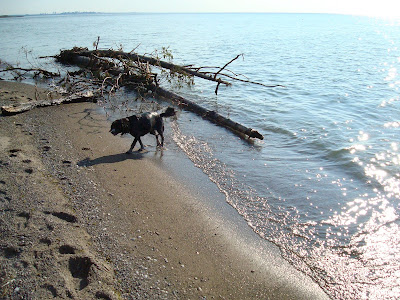 I recently began to have trouble swallowing again but I'm assured the treatments should shrink the cancers in my throat and eating will become progressively easier. For which I am thankful.

Of course the chemo could make me so nauseous I won't feel like eating, but that's another story.

In the meantime I'm back to a strictly liquid diet of soups, smoothies and Ensure. And water. Lots of water.

I should have much more information after my meeting with the two oncologists on Friday morning.

They tell me I'm a very lucky man, that not one but two cancers have been caught at such an improbably early stage.

Now please excuse me, I have a little dog waiting for me to take my place in the sun and go frolic on the beach.