Although I haven't Been Anywhere--I'm Back! 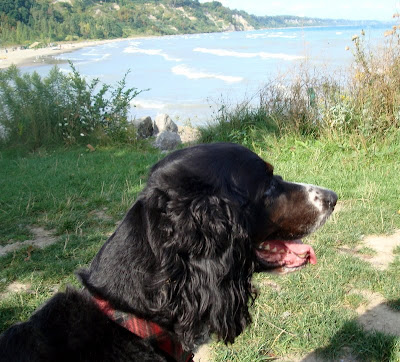 I don't know why I'm back on-line.

I'm still not sure why I got knocked off-line.

I woke up Friday and attempted to go on-line and nothing happened. I had a look at our wireless router and found the lights blinking all over the place. So I unplugged it, waited 30 seconds and plugged it back in again.

The little lights went back to blinking all over the place.

I called our service provider, Rogers Cable, for technical support.

And when I plugged it back in the little lights went back to blinking all over the place.

"For some reason your router is continually attempting to reboot itself," Roger's technical support told me. "We'll have to send a serviceman out to see you. The earliest we can have him out is next Wednesday."

"Next Wednesday?!!!" I said, going ballistic, and saying a few other things to them.

But the best I could wangle was the promise to put me on a list for possible earlier service, if they had a cancellation.

In the meantime, they suggested I try periodically unplugging the router to see if it would self-correct.

So I did that. But it didn't help.

Then last night the router went back to normal. All on its own. And this morning every thing is still working fine. I don't know why. I don't know how long it will last. I don't question it.

But now I kind of miss the little flashing lights! Although my router was misbehaving and being very annoying, it looked kind of, well, (don't laugh) happy!