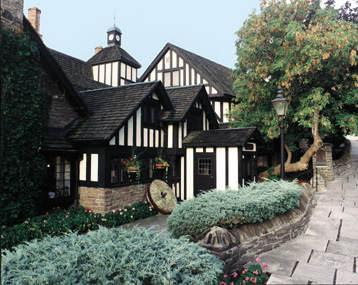 I was worried about the drive, but I needn't have been. The City was aware conditions were ripe for black ice and had road crews out early, huge trucks spewing rock salt on every major roadway. But still it was cold.

The rest of the city was aware of the potential danger too and reluctant to get moving, so I had the roads to myself in the dark early morning hours of the day.

It was about five years ago and I drove the empty salted streets at a decent speed, my car often the only vehicle on the road, alert for any skid on hidden ice.

But there was none and I made the drive between my home in the far East end of Toronto to the Old Mill Inn, in the West, in record time. Too quickly, as it turns out.

I was at the Inn for a company retreat, a day for our staff to get away and do some strategic planning for our corporate future. Built amid the original 200-year-old King's Mill, the Old Mill is set in tranquil gardens and parklands along the Humber River. And because the roads were so clear of traffic, I got to the Inn about half an hour early.

Behind the Inn's nearly empty parking lot, the parklands of the Humber spread out before me. I could hear the siren call of the River above the distant traffic on Bloor St. Then, with time to kill, I made a mistake that haunts me still. 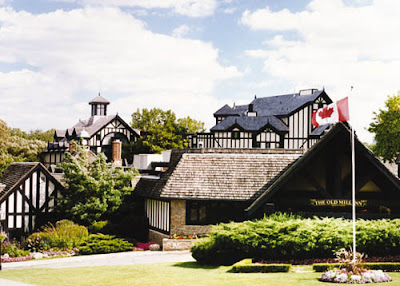 I decided to walk down to the river, instead of heading straight into the Inn. The sun was now up, but weak in the cloudy sky. A slight fog hung in the crisp air as I set out across the parking lot to Mill Road, which leads down to the park.

But as I reached the curb, I stepped on a patch of black ice and my feet flew out from under me. For a moment I was suspended in the air, long enough to realize the landing would seriously hurt.

And it did, my back hip bones striking the very edge of the curb. I lay there alone waiting for the pain to come, then wondering if I could stand.

I could, with difficulty. So I hobbled over to the Inn and found my way to our meeting room where it was obvious to everyone on the Marketing staff, who were setting up for the day, that I was in agony. But I was mobile and thought the pain would subside with time.

It wasn't until I nearly fainted during the opening exercise of the day, and was rushed to a local medical clinic that I was forced to realize I had done some serious damage to myself.

Over the next two days, the bruising from the fall turned my back black from my knees to my shoulders. However, the doctors determined that I hadn't broken anything. Strong bones, they said.

It was six months before the pain fully went away. And even still, five years away from that fall, I am subject to periodic pain in my lower back, at my hip cage. When it comes, I take no medicine for it. It is just there as a dull ache that visits and lasts for a few weeks and then is gone.

But the problem now is that the cancer in my hip is located in the same hip cage. At the same location. An odd coincidence.

One that will make it difficult to determine if I am in pain from cancer, or this old injury, should (when) I experience future pain in this region.

Or could it be that the recurrent pain I experience was never a consequence of that injury? Had it been cancer lurking in my marrow all these years?

Something I will have to discuss with the radiation oncologist at my meeting with her tomorrow.

Not that I'm in pain at the moment.I am likely feeling the healthiest I have in years. But the pain will come, that familiar dull ache, because eventually it always does. Only now it may disguise something more sinister.