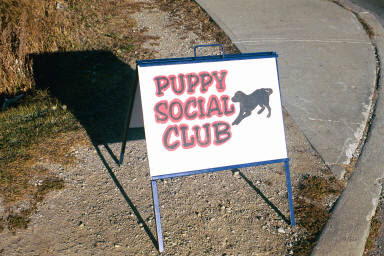 It is early morning as I type and Lindsay is sleeping at my feet. Her eyes and nose are twitching as she dreams. Occasionally her paws move slightly in a rapid running pattern. Of course I have no idea what's going on in her mind. But I often wonder if she dreams of Puppy Club. 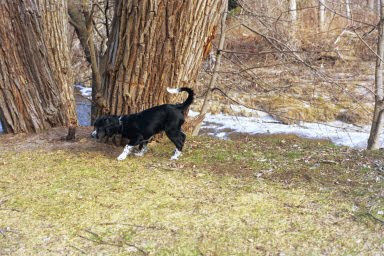 Lindsay joined Puppy Social Club when she was one year old. Puppy Club was the inspiration of a dog trainer and store owner in Cliffside, Charmaine Klaas, President of the Canine Empire, and was held Saturday mornings in a remote area of Morningside Park. 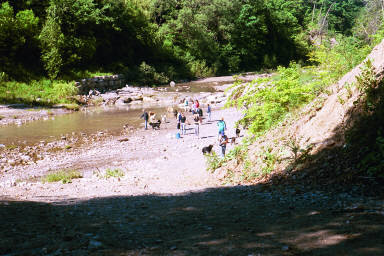 At it's height about twenty people and their pets gathered together at the park to socialize. The owners got to meet and talk with other dog owners, share information, gossip, talk, discuss problems they were having with their pets. 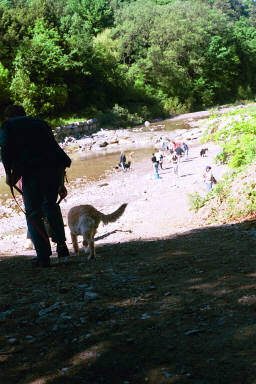 The dogs got a lot of bums to sniff and the experience of being part of a pack. They played together, ran together, hunted together, barked together and got to know doggy etiquette. 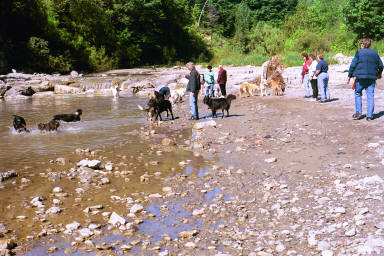 Puppy Club lasted only one year and we never knew why it ended. One day the Saturday Puppy Club sign at the entrance to the park was missing and so was Charmaine, the woman who had organized the Club. When members of the Club went to her store to see if she was alright, they found the store empty and closed. A few of us carried on. We moved the club to the Rouge Valley where we took the dogs on long 5k walks. At its height, we had over ten dogs who met and walked together. But then some people moved, some of the dogs died. Some of the owners died. Some people just lost interest.

It dwindled down to three of us. Then Linda and I went on an extended vacation one summer and when we returned, the remains of the Club had folded. In total Puppy Club lasted three years. 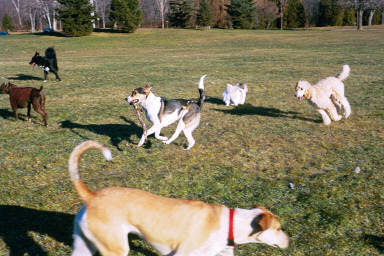 The fact that Lindsay is so comfortable with a whole range of dogs, I put down to her years in Puppy Club.

I still remember the time with great fondness.

And perhaps, at my feet, her nose twitching, the tip of her tail wagging, so does Lindsay.