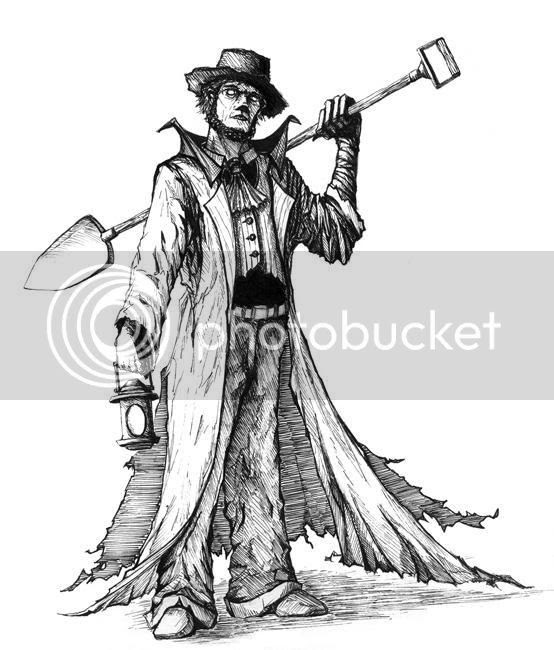 When we moved to Powassan in 1972 we didn't know the town's undertaker lived across the road. It wasn't one of the selling features of the town the real estate agent thought to mention. We also didn't know the ivy clinging to the wall of his two story house was home to a colony of bats that would rise out of the vines at dusk every evening, alive with a ravenous hunger.

We also didn't know that those who died in the winter could not be buried in the frozen ground until the spring, and that the bodies were stored in the windowless building at the back of his yard. That would have given a whole new meaning to the phrase, the dead of winter.

Of course Max didn't exactly look like the scary picture at the top of this blog. He was a small town funeral director who couldn't get away with putting on a false air of solemnity. He was a large fun loving man who knew more jokes than Jay Leno.

If we were sitting on our front porch on a warm summer weekend when a funeral procession would pass on the way to the cemetery, Max would always lean out the window of the hearse, wave and say something like, "I've got room in the back if you're interested."

I'd yell back, "Sorry, can't afford it right now."

He would get in the last word as the hearse drifted at a dignified pace up the street, "That's alright, we take credit!"

Sadly Max passed away himself in his early 40's. And his funeral parlor burned to the ground a few months later.

Not long after my wife and our little family had moved back to Toronto, we received an engraved invitation to the opening of the new funeral parlor. Max eldest son had taken over the family business, had rebuilt and was holding a wine and cheese party for selected guests along with an open house with a tour of the new facilities.

We've been invited to parties in some strange places before, but never a funeral parlor. Who could resist?

It was certainly the strangest party I ever attended. People standing and casually chatting throughout the facility including the embalming room with its large drain in the floor under the embalming table for all the bodily fluids.

The trouble is, I've never been able to look at red wine the same way since. 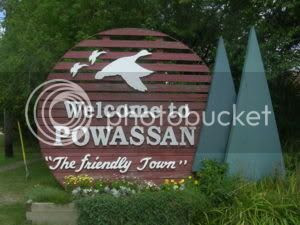