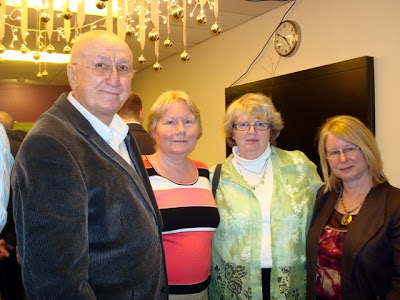 We were late but we made great time, hitting nearly every green light on the way downtown. Until we got to Bloor St where the traffic came to a complete halt.

And we sat and we waited.

There is major construction going on at Yonge and Bloor and our hotel for the night was only two city blocks from there. But traveling those two block took us over half an hour.

My retirement party had already started at another venue by the time Linda and I got to the hotel. We ran through our check in. The butler (yes a butler) helped us get our bags quickly up to the room and made certain the doorman had a cab ready for us.

We arrived at my party only half an hour late. 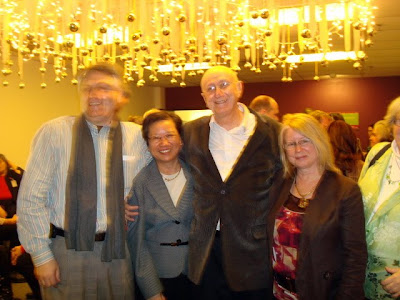 I worked for FSEAP for over 30 years. I hadn't intended to work there that long, but they kept giving me new responsibilities and interesting new assignments.

And I liked the people and was proud of the work. So the time passed.

Until suddenly, today, it was over.

Our Vice President, Carol-Anne gave a glowing speech about me, some of which was even true. And the staff of the agency applauded.

They gave me flowers. Massive bouquets. They played a Jib Jab video of me, and my two fellow retirees, dancing like elves. Showing moves Linda now insists I learn.

And I hugged and said goodbye to many many people. 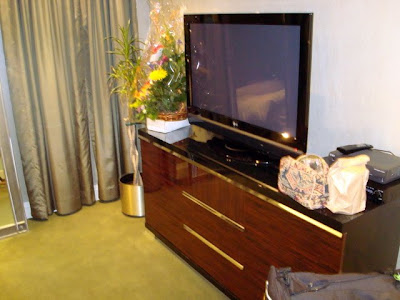 Until it was all over. Then Linda and I headed back to the hotel for dinner.

We were staying for the night at the Windsor Arms, a small luxury hotel hidden away on a side street in the heart of Toronto. It may be small, in may be hidden, but it's where the rich and famous come to stay when they're in town. 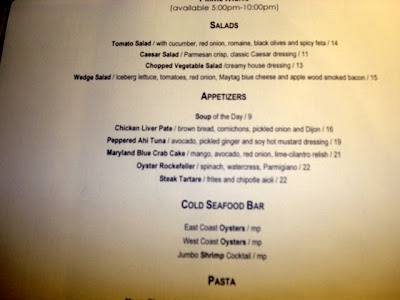 I was tired after the drive and the party, so we stayed at the hotel for dinner.

Where we found Maryland Crab Cakes on the menu and ordered them in honour of fellow blogger Patty, a proud Crisfield Maryland resident. Well, in honour of Patty AND because I really love crab cakes.

Sir James and his family were dining at the table next to us. I'm not certain who Sir James is, but the waiter was delighted to see him.

"It is a pleasure to have you with us again, Sir James." 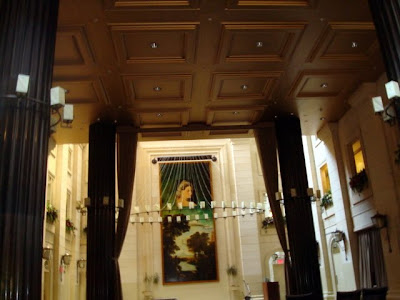 After dinner Nigel, the butler, got us a large vase for our flowers and brought us coffee for the evening. 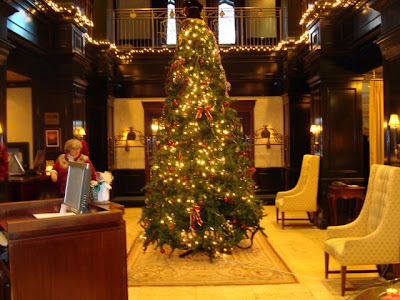 Then the next day I went around the corner to Princess Margaret Hospital for one of the most important CT Scans for the year. I've been feeling great between chemo cycles, but we have no evidence yet that the Taxol is actually helping me. Nor will this CT scan likely show that.

What it could show is that the chemo isn't working. That the cancer is spreading. That I need radiation instead of chemo as a last line defense.

Given the limitations of technology, the best it is likely to show is no visible change since the previous scan. From that the oncologist will assume, that Taxol is doing its thing (although it may not) and we will just continue with the treatments into the new year.

And hope for the best.

And a long retirement.