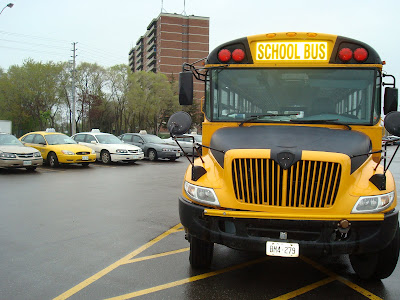 Black clouds like evil barges filled with winter snows are pushed violently across the cold skies of late Autumn. Massive winds guide their destination but also take time out to rock the car in which I'm sitting. Waiting. In the parking lot of the school where Linda works.

I've tilted the seat back and opened my Kindle to my place in 9 Dragons where Harry Bosch has just had unexpected news that changes the thrust of his story's plot as surely as if the wintery clouds above me had all decided to change direction and head south.

I knew how he felt. Linda and I had just received unexpected news from the doctor that was now in the process of changing our lives almost as radically. In a way it was good news, or at least was driven by good news.

I am managing this latest round of chemotherapy so well, the side effects are so minimal,I no longer need Linda's assistance. No longer need a primary caretaker. She is free to return to work. Immediately. The doctor said.

It's hard to disagree with him.

It's been 8 months now that we've both been off work and if some of those months were terrifying both physically and psychologically, those times are passed, have mellowed out. We've adjusted to a new reality. And now it's time for Linda to get back to work.

The wind suddenly reaches down and rocks the car gently. I look up from the Kindle to the school where Linda is in talking with her Principal about when she will start back. Its nearly the end of the term and her replacement has been hired on a long term/occasional contract and the timing of Linda's return depends not just on health issues but the terms of the contract along with the needs of the children in the class. Linda is hoping he will tell her to start back in January but the doctor's note says she is able to return tomorrow.

I have heard from my own work as well this week. I've received an invitation to attend our Seasonal Get-together next week, for the first time as a retired member of staff. Part of the plan for the get together is to honour all those staff members who have retired this year, so I am included. Although this was not the way I had planned to retire.

And suddenly Linda is outside the car, clutching papers in her hand. I unlock the doors and she jumps into the seat beside me.

"So?" I prompt, looking at the papers.

She follows my gaze and shakes her head no, "These are about something different" she says. "It looks like I'm starting back in January, but I may have to forfeit some pay. The Principal's going to see what he can do. There's only two seeks left now til Christmas break and a natural transition time for the kids."

"Well that's good news. What are the papers."

"Our staff party. You're invited. We're having dinner at a restaurant like last year and then going over to Gail's for a while. This is the menu and you have to choose what you want, although there are only two vegetable choices."

I look the menu over and pick the lasagna.

"We're going to need to get the battery replaced in your car," I tell her. We've been using my car for most of the time she's been off and her battery is run down and wouldn't start the other day. "I don't want it failing on you between home and work."

"Well, we've got some time to get that done now."

We do. And time to adjust.

Linda gets out and runs the papers back into the school.

I click off the Kindle and start the car and after a minute begin to feel the heater kicking in. Linda's days will soon be filled with work once again.

And I better get some plans in place for myself.

As the winter clouds roll in.