A Tribute To The Woodsman On The Loss Of His Wife 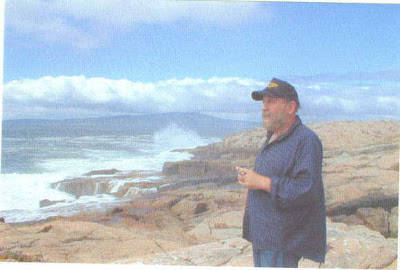 He calls himself the Woodsman, but not for the salacious meaning that may be crossing your mind.

He has a deep and passionate love of the woods and forests that surround his New England home. He and his wife Ann loved nothing better than vacationing deep in the wilderness of Northern Ontario.

I've never met the Woodsman, I know him only through his blog and through his reading of mine. His blog tends to be more explicitly philosophical and his favorite philosopher is Alfred North Whitehead who once said, "Philosophy begins in wonder. And, at the end, when philosophic thought has done its best, the wonder remains."

When I revealed my diagnosis of cancer, the Woodsman began writing privately to me with e-mails of support and suggestions. His wife Ann had successfully fought cancer six years ago so he knew something of the journey I was on.

Then in the summer he wrote to tell me his wife's cancer had returned, long after they had believed the battle had been won. However, he was full of confidence. They had beat cancer the first time and would again.

Yesterday, shockingly, he wrote to let me know Ann, his wife of 29 years, had died. No longer able to eat, she had been returned home from the hospital with the support of a hospice worker and had passed away in the embrace of her family.

My heart goes out to the Woodsman and his children at this time of their loss.

Cancer has taken just too many good people.