Exhausted And Befuddled But With A Plan At Last 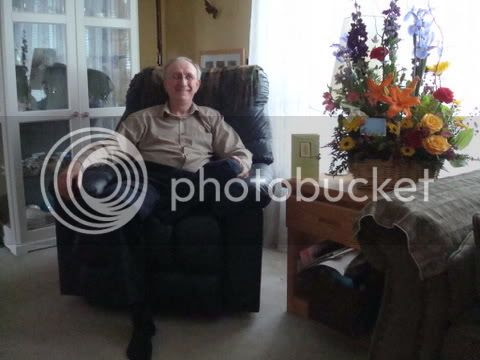 Excuse me if I seem a little exhausted and befuddled.

Linda and I have spent the day at Princess Margaret Hospital, Canada's leading Cancer centre (and the fifth highest rated cancer treatment facility in the world), meeting with Oncologists, Nutritionists, Nurses and Researchers. They were very generous with their time and took virtually the entire day with us. I've ended up with a head full of information, a complicated series dates for further testing and (oh yes) a plan for my future.

Along with the aforementioned exhaustion and befuddlement.

But that will pass, and, besides, Linda took notes.

So let me just skip to the Plan. Because now, at last, we have a plan.

I have a couple of weeks of pretests as a radiation protocol is worked out for me, followed by four weeks of chemotherapy, followed by five weeks of daily radiation therapy interspersed with additional chemo, followed by a break to let my poor body heal, and then surgery to remove my diseased esopheagus and replace it with half my stomach.

Then going on an intermittent year long protocol with a trial drug that has shown real promise in lowering the rate of recurrence with other cancers. With esophageal cancer it is its aggressive recidivism that leads to its pathetic cure rate.

No matter how radical the surgery, esophageal cancer is a master at hiding microscopic particles behind that are undetectable until they blossom forward in a more diffuse and tougher strain. It is hoped the trail drug, Sutent, will reduce the likelihood of that happening, since it has shown promise in doing that very thing with other cancers.

And that is my hope too.

We also spent a reassuring hour with a nutritionist who has opened up a greater range of foods for me to eat, including coffee once a day.

We hit our local Tim Horton's within minutes of returning to West Hill.

If you want more nitty-gritty detail, feel free to ask, but that was our marathon 7 hour day at PMH in a nutshell.

Now excuse me while I take a brief nap in the new Lazy-boy chair Linda brought for me and enjoy the aroma of the basket of flowers that arrived yesterday from my work.

It's way past time for me to stop and smell the roses for a while.