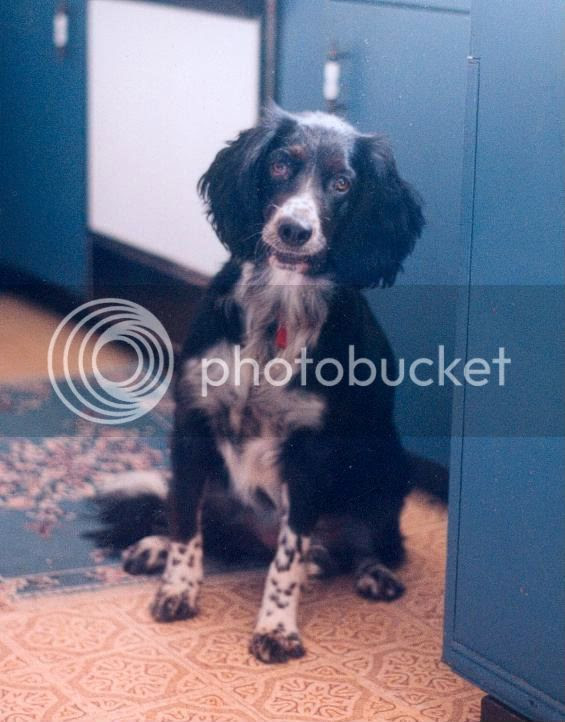 Some of Lindsay's best tricks she taught herself.

She listens to us. And she watches and she learns.

If we're out for a run and we come to a fork in the path, I only have to tell her "Left!" or "Right" and she zooms off in the correct direction.

We never taught her that either.

If it's getting near time for her run and she is starting to be a pest, sitting and staring at me with loving eyes and slightly cocked head, I only have to say, "Be patient, Lindsay" and she will go away and give me another ten minutes.

But her greatest trick was one I discovered by chance when she was four years old.

For whatever reason she had more energy that night than two long runs could burn off.

All night long she had wanted to play. We played Catch, we played Tugs, we played Chase but every game only opened doors to new energy levels.

I was getting tired. And frustrated.

What had gotten into this dog?

She gave me a quizzical look and I could see the little translator behind her eyes, translating the English into dog.

And then she laid down and immediately went to sleep.

From a body pumped with adrenaline to sleep in 30 seconds.

It is her greatest trick.

And I love it.