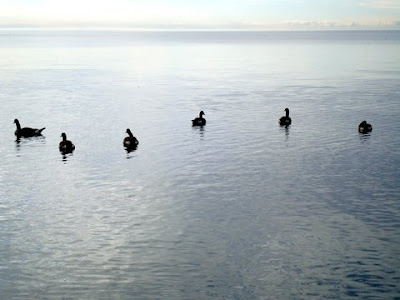 She told us her secret during a visit with Charles. My daughter knew Charles personally, having worked with him for several years while she was attending Ryerson University.

He was temperamental, but what artist isn't? He was used to throwing his considerable weight around, but never with her. He always treated her with great respect. 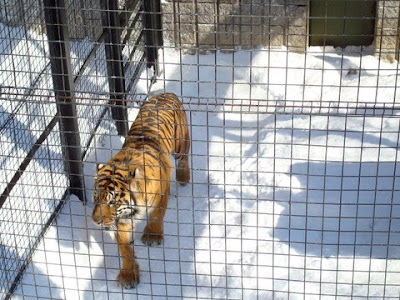 As an artist, Charles has a world wide reputation. His paintings are in great demand but sell for a modest price between $400 to $1000 dollars. Charles may be intimidating, but he isn't greedy and his needs are simple. An abstract artist he is noted for his use of colour, and the violence of course. 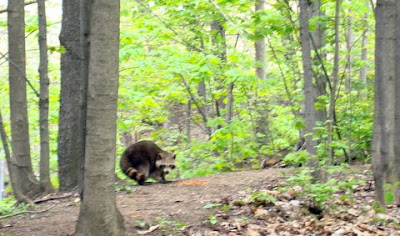 With Charles the potential for violence is always there, just below the surface. And when you weight over 400 pounds, all of it solid muscle, that makes you very dangerous indeed.

Except with Kathy, whom he always treated kindly and with grave courteously. Part of her job was to clean his windows while he sat and watched her with intense fascination. Sometimes they sent a guy along to help her, but that always made Charles fly into a violent rage. Any male coming close to the windows of his cage would rouse him to a ferocious anger and he would charge the window throwing his full weight at the bullet proof glass. Over and over again. 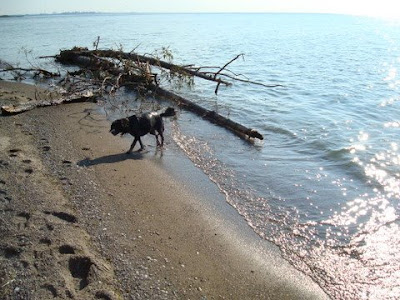 The resounding impacts would reverberate through the African Pavilion at the Toronto Zoo, frightening many of the patrons. Parents would have to explain that Male Silver Back gorillas were very protective of their children and didn't take well to male intruders. And Charles has over ten children. 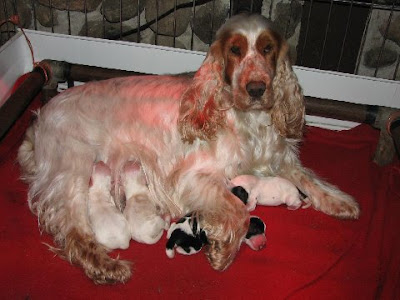 Today there is no protective glass between us and Charles. The Mountain Gorilla exhibit has been moved to a new enclosure, the worlds largest indoor gorilla exhibit. It is height that protects us now, not bullet proof glass. 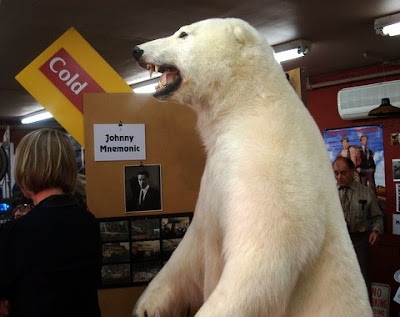 Kathy likes the new display. It is much larger than the old one and she always worried about Charles hurting himself with those frightening charges at the glass.

She's feeling a little protective of children these days herself, she tells us, now that she is pregnant again.

My wife stops. Her heart skips a beat. There's the need for a wrenching adjustment in thinking from gorillas to babies. What? Pregnant again? Kathy?

My daughter has a huge grin on her face and suddenly there are hugs and tears all around. I shake her husband's hand while their son dances around us with a big "we gotcha" smile on his face.It had been seven years since her first and only child, so we are very surprised and pleased by the news. 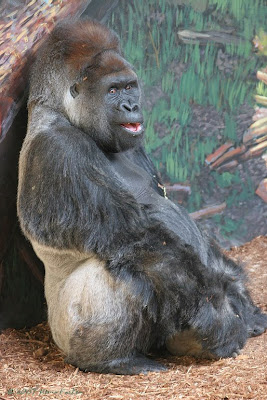 This will make four living grandchildren for us. There was a fifth, my youngest daughter's first son, but that was over nine years ago now and is not a story for this happy time.

In the distance, Charles takes the news in his stride, lying comfortably on his back beside a log, arms akimbo, one leg pointed straight toward the sky,giving himself an occasional lazy scratch.

Kathy gave birth to our granddaugther Hailey in September 2008.