The Bells Rang But A Question Remained 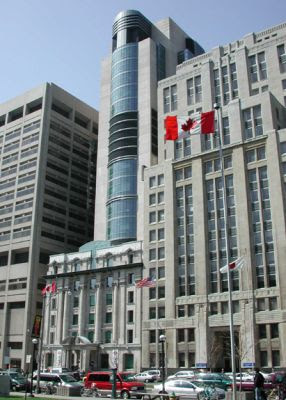 The question that remained was, can we confirm that it is safe to discontinue chemo at this point.

My previous two CT Scans suggested no further spread of the disease, would last week's scan show the same result?

Despite a "code red" at the hospital, I had made certain that that confirming scan had taken place.

And today I waited at the hospital for the results. And waited.

I arrived at the hospital at 9:00 for blood work and then was in the oncologists waiting room at 10:45 for my 11:00 appointment.

As usual she was extremely busy but today particularly so, and it wasn't until 1:15 in the afternoon that I finally got in to see her.

As usual the news she had for me was mixed.

So first the two pieces of good news. There has been no sign of any progression of the cancer in either my bones or esophagus. No sign anywhere of enlargement in my lymph glands, so it is finally confirmed, I will be having NO CHEMOTHERAPY FOR AT LEAST THE NEXT 3 MONTHS.

The second piece of good news, the general weariness and lack of strength I've been experiencing in my legs, is not due to either the cancer or the Taxol. It is a side effect of the steroids they have been pumping into me prior to administering the Taxol. Taking a break from chemo will dramatically help with this as well.

The bad news is that last week's scan detected something in my lungs. Most likely it is a radiation burn from the five continuous weeks of daily radiation I received last summer. If so, it is very small, not interfering with my breathing in any way and will not get worse. May even repair itself to some degree.

However, it could also be the first signs of a spread of the cancer to one of my organs. At this point it is impossible to tell which it is. All that can be done is to keep an eye on it and if it seems to be spreading, do a biopsy.

And if it seems to be receding, order a magnum of champagne!

But there is nothing that can be done or will be done for the next three months, except for me to take a complete break from all things medical and try to figure out what to do with a life that doesn't involve any hospital tests or hospital treatments or irritating rashes or crushing weariness or the loss of feeling in my fingers and feet. Maybe even see how much of that lost feeling I can regain.

Perhaps now I can get back to doing the things I used to enjoy.

So let me think, what was it I was doing a year ago before I was so rudely interrupted?