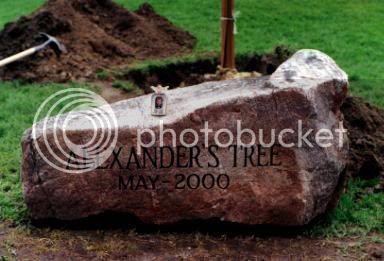 This is not a sad story but a joyous one. It is about the generosity of people. A generosity of such overwhelming proportion that it lifted up a family at a time of unimaginable grief. It's about community at its best.

You expect families and friends to come together for support at a time of loss. Perhaps especially when that loss involves a five month old baby, my grandson Alexander, suddenly dead due to a previously unsuspected heart condition. Exactly ten years ago today.

It takes time for acquaintances to even hear the news. Alexander's death, although a profound and horribly life changing event for all of us, was unimportant in the grand scheme of things and not the stuff of modern news coverage.

So people on the edge of our lives only learned the news by word of mouth days and even weeks after the funeral, long after the donations to the Trans Canada Trail, that Heather had requested in lieu of flowers, had been received and forwarded.

Most of these people didn't know Alexander. Some hadn't known he'd been born. But they all knew my daughter and had watched her grow from girl to adult. They were touched and wanted to do something, something tangible.

Trees were planted in Australia, in the United States, in Great Britain, in Sweden, in Israel and in many, many parts of Canada.

In May of 2000, the staff at Linda's school planted a sugar maple tree in their habitat garden at the front of the school. They also ordered a large granite rock and had the words, "Alexander's Tree" carved on it.

In the ten years since it was planted the tree has grown to over thirty feet in height, its broad branches reaching out and sheltering the large rock where tired children on warm summer days can sit. And giggle.

In talking with my daughter last year about how she survived such a devastating loss, she told me it was because everyone everywhere had done everything right. Even in her loss, she had never felt more supported.

Heather is now the mother of two more children, Natasha and Griffin. Her sister Kathy had the latest addition to our family in September. 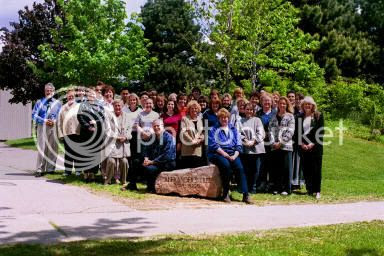