Thoughts About My Daughter On Her Birthday

As my oldest daughter turns 36 today, my thoughts drift back to the first time we met, oh so very long ago. Or was it only yesterday?

Linda and I were living in Callendar, a very small (1200) village south of North Bay, famed as the birthplace of the Dionne quintuplets. That led to a lot of jokes about the number of babies Linda was carrying, and suggestions she eat for seven, not two.

It was a severe winter in 1973 and we lived in a two story house we brought for $6000. It sat on two acres of land high above frozen Lake Nippising and had a very long driveway I needed to keep clear, never knowing when we might need to make a break for the hospital. 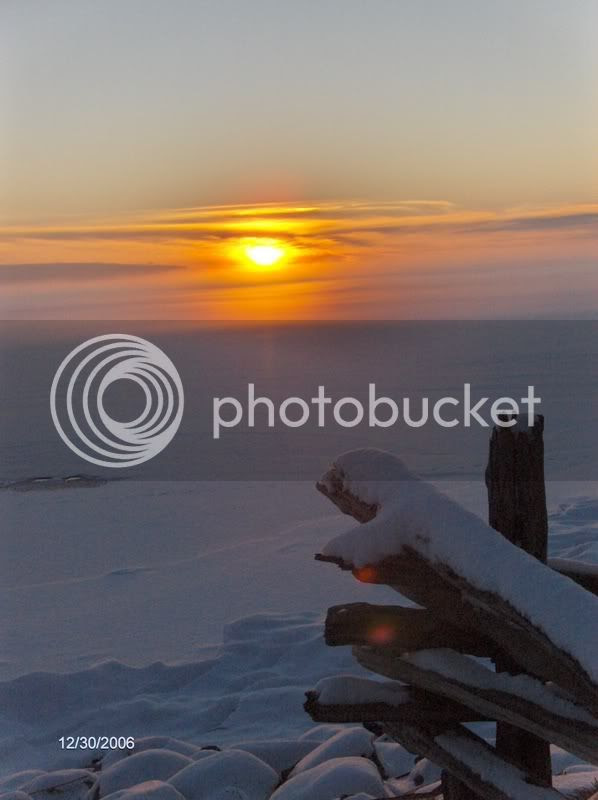 In those days there was no way to know the sex of the baby beforehand (although a friend did the needle dangled from a thread thing over Linda's belly and told us it would be a boy), we turned an upstairs room into the nursery and painted it a powdery yellow with a pale green trim. With the sun streaming through the large window, we called it the "sunshine room". I would come home from work to find Linda laying on the carpet in the room, looking up at the ceiling entranced by how beautifully the room had turned out and lost in dreams of a not too distant future.

When the time came, I was the first father to be allowed in the delivery room at St. Joseph's hospital in North Bay.

If I knew what was good for my wife and baby.

So I wouldn't say my presence was entirely welcomed. At least by them. Linda seemed to enjoy having me there, though. I was seated up by her head while they worked on her nether region.

But somewhere along the way the excitement of bringing a new little person into the world got the better of them and they kept calling me down to that nether region to see what was happening, before sending me back to report to Linda.

When the baby was born they called me down for me to see and hold while they did some rudimentary neurological tests. And that's when I met Kathy for the first time. All red and slimy. The doctor and I got talking about the baby and the tests they were doing, until Linda interrupted us to remind us she hadn't seen her baby yet, and she'd been the one doing all the work.

And then I was sent home, exhausted and alone to an empty house ten miles out of the city. It was around 4 am and I was too wired to sleep but it was also too early to phone family in Toronto with the news.

So I made some coffee (instant in those days), and took a steaming mug up to the baby's room and sat on the floor. 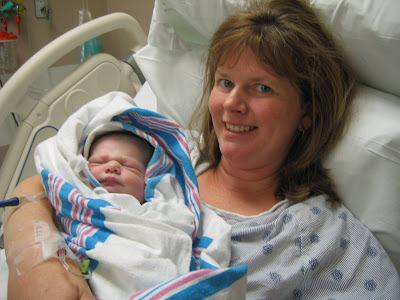 Kathy with her own daughter Hailey (September 2008) The photo was taken by her husband Jeff who was not only in the delivery room but was loaded down with camera equipment. How times change!