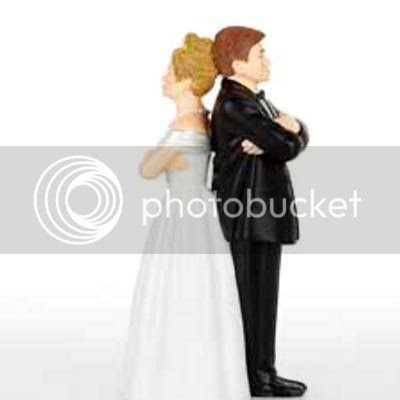 Little did Linda know that in the wake of agreeing to marry me an acausal chain of events would be unleashed that would obliterate every site of importance associated with our marriage.

Entire buildings would be reduced to rubble. People would die.

There was forewarning of the catastrophes to come, but it was ignored.

The day the wedding invitations were to be printed, I got a phone call from Linda, in tears, telling me to call the printer and stop the printing of the invitations. The church where we were to marry had just burned down.

This was Linda's church, where her parents were founding members of the congregation, where her father taught boy scouts, where her mother sang in the choir and where her father's funeral service had been held after his tragic heart attack at 43 years of age. The building was only 10 years old. Eventually the cause would be traced back to faulty electrical wiring in the kitchen. But the building was completely destroyed.

Instead of her beautiful church, set quietly back on a suburban street, we were married in a small Presbyterian chapel on busy Kingston Rd. Two years later that chapel was torn down and replaced with a seniors home.

Our wedding reception was held at the Broom & Stone golf and curling club. It burned down the next year.

Our honeymoon was at the beautiful Inn on the Park, where six people would soon loose their lives in a tragic and deadly fire. According to the New York Times article, "SIX DIE IN TORONTO HOTEL FIRE: Six people were known dead and about 60 were sent to local hospitals. The fire broke out at 2:35 A.M. and was brought under control about 90 minutes later. Guests had to wait for hours in temperatures of 4-below before being allowed back in the building." It has now been torn down.

Our first home was in the town of Parry Sound. A year after we moved in, it was expropriated by the town for the construction of a mall. Where our house once sat, where I carried Linda over the threshold, where our dog Jenny had her litter of puppies, where we had so many good parties with wonderful friends, is now a mall parking lot.

If it was a curse following us, destroying every place associated with our marriage, the curse ended there. Our next home, in Callander, still stands, as does the home we lived in for eight years in Powassan.

And of course, we still stand. But I think it was a close call.