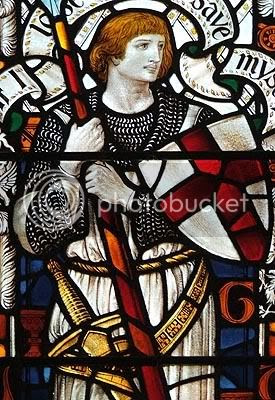 "It is new to me," said King Arthur seating himself at the table, "This notion of a healthy place. Healthy people, yes. But a healthy place, what mean you by that Knave? How can a place be healthy or no?"

Barry was rubbing his wrists, so soon freed from their chains, "Well," he said. "I suppose I mean a place congenial to health within a person. Where a person is least likely to contract a disease, has good companions, good food, shelter, safety from harm, has options for interesting things to do. You know, stuff like that. Where people can be happy."

Galahad leaned forward with interest, "What mean you, pray tell, by 'contract a disease'?

One of the two dogs in the room sleeping contentedly by the fire, raised its head and with a roar leaped to its feet. A large rat went scurrying along the edge of the room, the dog at its heels. The two crashed into Percival's chair sending him flying. In the confusion the rat made for the open doorway where the second dog leaped on it and broke its neck. The two dogs then fought over the corpse.

"'Sblood," cursed Percival, getting to his feet. "I hate those cursed things."

"You are not injured, Sir" inquired the King.

"My dignity, only. My Lord,"Percival replied, setting his chair right.

"You have rats in the castle?" Barry was horrified, his gaze fixed on the two dogs biting and snapping over the dead rat. Ignoring the sight, the knights had drifted back into boredom.

"In the castle, in the village rats are everywhere. Is it not so in your time?"

"No. Rats and mice carry disease. And fleas."

"Have you fleas, sir knight?" Barry asked him.

"We all have fleas, you idiot." Gawain coughed. "They are a curse for our sins."

"But they carry disease. You must bathe to rid yourself of them."

"Bathe? It is not spring, you fool!" grumbled Gawain.

"You don't mean you bathe only once a year?"

"And that at risk to our lives." replied Arthur. "Why knave, do people in your time bathe more often?"

"Daily," the visitor from another time stammered. "And wash our hands more frequently."

Gawain fought back still another cough, "But you wash away your protection against ailment! You will catch a chill and expire. Why place yourself at such risk?"

Barry looked around the room becoming aware of each knight scratching periodically, at the flies on the table top, the mud on the floor, the dirt on each man's hands. The air in the room was fragrant with bodies unwashed for months. Finished with the rat, the two dogs were returning to their place by the fire.

"Indeed, Gawain is right," Galahad shivered. "You place yourself at fearful risk with all that washing!"

"My Lord, sir knights!" Dressed now in a bright red gown of finer material, Guenevere appeared in the doorway to the room. "The rains have stopped and our visitors approach." She crossed the room to the window and threw open the shutter. Light burst in, blinding everyone. Percival opened the shutters to the room's other two windows and looked out.

The knights, bored from inactivity, all moved to the windows, blocking the view from Barry. The haze from the fire and the torches began to thin and a fresh breeze blew through the dank room.

Guenevere turned to him, her young eyes sparkling, "Our allies from Gaul have arrived. Led by brave Sir Lancelot du Lac."

For the first time seeing her face alive with pleasure like the 15 year old she was, Barry began to scratch. Thoughtfully.

"Oh Crap," he muttered to himself. 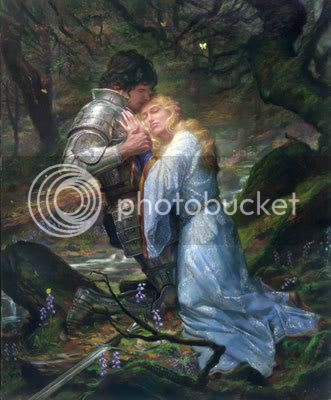