Some Thoughts On Becoming Notable Blog Of TheDay 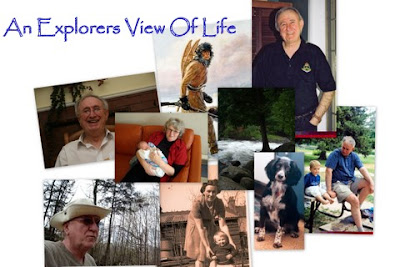 I didn't seek it. I wasn't expecting it. And as it turns out, I sometimes wish I didn't have it.

Actually it's kind of pretentious to call it fame, but to call it an annoyance doesn't do it justice.

When I first starting posting, Blogger felt like a vast empty soulless place where absolutely no one seemed to notice my existence. No one commented. No one welcomed me.

And I was fine with that. I wasn't looking for community, it was about the writing. He tried telling himself.

Eventually one or two people from blogger began to find me and I would get four or five comments and I kept up writing posts at the rate of three or so a week.

They would comment on my blog, I would visit and comment on theirs and we became a casual little group.

I didn't know blogger had a feature called the "Notable Blog Of The Day" until I visited my site one day and found dozens of comments and that the numbers of followers of my blog had jumped from ten to 300. 300! What the heck?

For the Notable Blog feature, Blogger selects one blog each day to showcase on their home page. For reasons unknown to me, mine was chosen. Actually, since it happened just after New Years Day, I suspect they were short staffed and decided, for just this once, to grab a blog at random!

When I checked the site meter I discovered my blog was being visited at the rate of up to 400 people an hour. Sitemeter estimated that at that rate over 100,000 people would visit my blog by the end of that week.

But as the numbers kept building, I began to get cranky. It was taking all of my time just trying to keep up with the number of comments, much less paying return visits to the commenter's blog. Eventually I just gave up trying. Besides it was seriously impairing my ability to keep up with that little group of bloggers who had been with me for months. Not to mention cutting into the limited time I had available to actually write the posts.

I also started to notice that the average stay for those 400 people was a minute and a half. Since I was transferring posts of approximately 500 words, it would take the average person 4-5 minutes to read them. So more than half the people coming to the site weren't even reading one post.

They were coming to leave their name on a popular site so others would discover them.

Because they wanted their site to become popular. They wanted Fame.

I would have been happy to give them a little of mine.

Suddenly Blogger no longer seemed an empty and soulless place. It felt more like Grand Central Station at rush hour. And I was the guy in the crowd trying to go in the opposite direction to this wave of humanity.

Eventually it began to settle down. I discovered some wonderful new people who write some exciting blogs, many much more elegant and informative than mine. The notable blog feature helped them to find me and allowed me to find them.

The average length of stay for visitors is now 4 minutes, which means the visitors here are actually reading what I write.

So overall the experiences was a positive one. I'm glad it happened, otherwise I wouldn't have found half of you. I'm starting to be able to keep up with the comments and visits back to the blogs of those who visit mine. And that truly enriches my day.

But there were times when the ride felt like it was out of control.