Hoist On My Own Petard 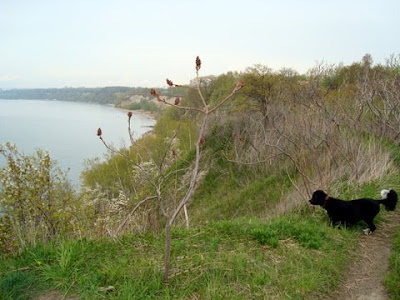 One of the intrinsic pleasures of taking Lindsay for a run along the top of the Scarborough Bluffs, is the sense of escape.

Within a very short distance from my home I can find an area still untouched by human hand. Even though we live in a City of over 3,000,000 people, when we are running through the meadow at the top of the bluffs, we are alone and surrounded only by nature.

It is ugly and it sits immediately off the shoreline of the Scarborough Bluffs.

Where it will reside for the next two years.

Despite strong opposition from a significant and vocal majority of West Hill and Guildwood Village Residents.

It s a wind anemometer, and if the wind blows significantly, it is the forerunner of a line of Wind Turbines destined to run from the Leslie Street spit all along the Scarborough shoreline.

Toronto Hydro claims that anemometers pose no health threats. Our concerns, they say, were addressed in the studies done for the Ministry of Natural Resources. If there were any side effects the project would have been declined.

Opponents however, believe Toronto Hydro is pursuing a “vanity project.”

Opponents to the plan state they don’t want more money to be spent on the anemometer when they totally reject turbines in Lake Ontario,.

Toronto Hydro reminds West Hill the device is only for wind energy research and there’s no current plan to propose a wind farm. Somewhat disingenuously claiming that they are not proposing to build windmills, only collect data.

The wind data will be collected for two years, then other factors will be studied, such as costs for construction and electricity grid connections, before a decision will be made concerning the construction of the Wind Farm project.

The platform is located 1.2 kilometres off the bluffs and is visible all along the Scarborough shoreline from any position on the top of the bluffs. If wind results and other factors prove satisfactory, the 60-turbine wind farm could stretch from Ajax to the Leslie Street Spit.

Residents, however, will continue to oppose the project with more protests and educational campaigns. 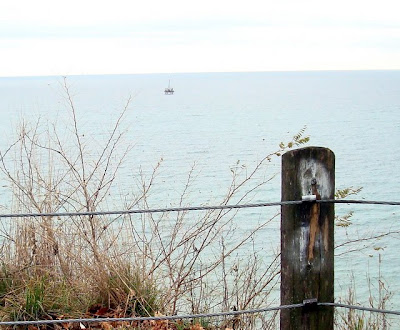 The irony for me is that I support the development of alternative fuel sources. I want the single remaining coal generated electric plant in Ontario to close. I oppose the vast costs involved in building new Nuclear facilities.

But it will cost me the contact with nature I love.

I will loose one of the very things I love most about my runs with Lindsay. 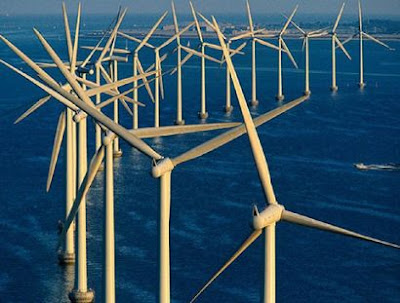