Putting My Affairs In Order 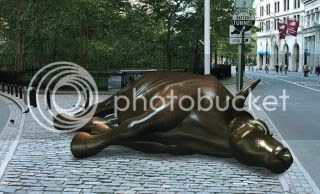 Dr. Darling put her hand on my knee and looked me in the eye. She had just told me my cancer had metastasized and that I was no longer a candidate for surgery. I was no longer considered curable. That my life expectancy was no more than a few years and might only be a matter of months.

"And now," she went on, "while you're still feeling strong and have the energy, might be a good time for you to put your affairs in order."

That was a conversation seared in my memory banks. For its clarity, it might have taken place an hour ago, but in truth over two months have now passed. The cancer has spread even further and I am in the midst of a second round of chemotherapy.

During those two months I have been learning that "putting your affairs in order" is not a simple task.

Linda and I have been to a lawyer and have had new wills drawn up. My medical coverage at work will run out on the 16th on this month and I have elected to retire, effectively cutting my income in half. Of course I have been working toward a plan to retire for some time, have cleared away my debts and have savings. Not the amount of savings I had hoped, due to the recession, but sufficient. More than sufficient if the doctor's timetable is correct.

But I also have an elderly mother whose pension only covers half the cost of her stay in a retirement home. I have been meeting the other half. Different arrangements have to be made to cover her costs and that will mean changes to her modest estate that will affect her will. Changes I will have to discuss with other family members.

These are things that need to be done. There are other changes that are options and need to be thought through but will have a significant effect on our lifestyle. Do we keep two cars? Do we keep a landline and a cell phone each? Do we keep the house or sell and move to a condo?

What are the chances of our winning the lottery?

Linda and I have been working through these financial affairs through this past week and discovering one thing. Even for very modest estates like mine, financial planning is very complicated.

And very personal. The waves of change involved reach out and touch a lot of people, change a lot of lives.

We want to get this right.