Putting My Affairs In Order 2--An Alternate View 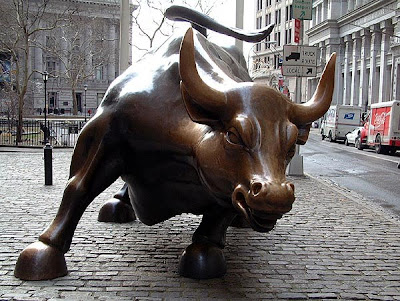 "Don't be afraid, there's another way to look at all this!"

In my dream, I sat once again in my Naturopath's comfortable office and watched her face relax into a smile. She shook her head in disbelief, looking at me with warm and amused eyes. Her voice soft against my ears.

"Barry," she said. "You're not going to die. You're going to live for a very long time. This is the truth and you'd better get used to it."

I awoke with a start in my bed at home. The clock on the dresser suggested it was just after 4:00 in the morning. And it was pitch black.

The words, "You're not going to die", ran through my head, the product of a dream.

Had my Naturopath ever said such a thing? Even hinted at such a thing? At four in the morning, my brain befuddled by sleep, I couldn't decide.

Yet it felt true and I felt so euphoric I couldn't sleep. I was going to live, for a long while. Guaranteed.

But the next morning, now fully awake, I went with Linda to the lawyer to draw up our wills.

I was living in two irreconcilable worlds, I realized. There was conventional reality in which my chances of dying within the next few years was about 85%, the world I wrote about in part 1 of this series. This was a world where CT scans and nuclear bone scans had detected the metastasizing of my cancer to the bones of my hip, ribs and spine. A reality in which doctors had given up on a cure. A world in which harbouring hope for a longer future was a sad sign of denial.

But there was also an alternate reality, the reality of the health I felt. Of the world in which I actually lived. The world I experienced on a daily basis. Because I didn't feel ill and wouldn't until my next treatment on the 19th of this month pumped more Taxol into my system.

At least now and then.

It was a world in which expecting a shortened lifespan involved denying a whole world of healing. A world in which hope was the only reasonable emotional response and it was despair that signaled you were out of touch with the facts of reality. In this world, if you felt despair, you were wallowing in a pathetic delusion, wallowing in self-pity.

You see, I can't despair when I have hope. I cannot have hope when medical facts argue otherwise.

And so I prepare for the worst, but expect the best.

And live in today. Where my odds of surviving the day are exactly the same as yours.

Where I live happily. Comfortably. Not heroically, just normally. With a normal level of fitness and energy. With a normal appetite. And normal interests. Where I run and hike and lift weights.

Where I love my wife.

Where I take from both worlds the best they have to offer.

And laugh at all the rest.