The forest rests quietly in the warm sun of late Autumn, basking in the unexpected heat of a November day. Purring. 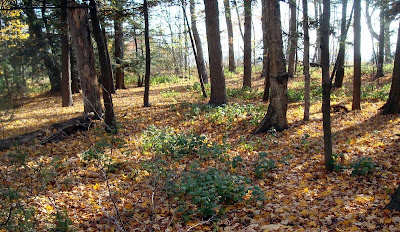 Until a distant sound is heard, the crackling of crisp Fall leaves beneath four prancing paws.

The sound intensifies until suddenly a wet nosed, black, waggy-tailed shape comes bounding along a forest trail that was ancient even when the moccasined feet of First Nation's people originally trod there. Her white tipped tail waves with euphoria. Her tongue hangs out the side of her mouth, panting with pleasure. 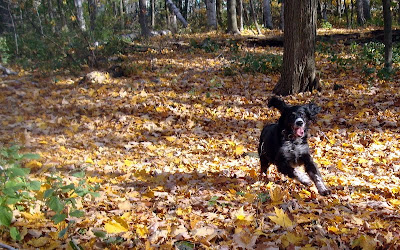 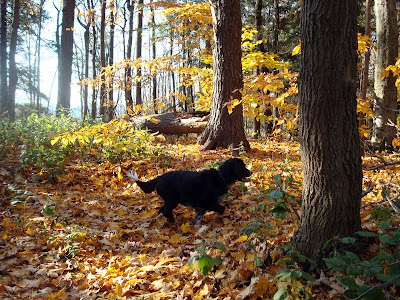 Leaves fly in every direction as she hits the yellow carpeted floor of the forest, swirling about to check that Barry is still in sight. 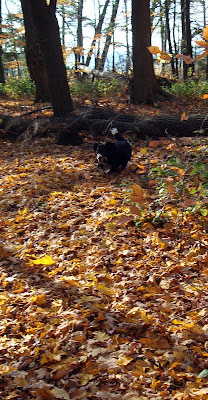 And then she plunges on, over fallen logs and rocks, around the dark menacing trunks of giant oaks, white birch and mighty pines. She almost sails. 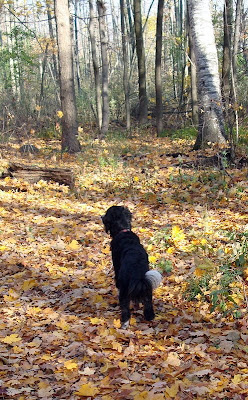 And stands quietly in the profound silence of the early morning.

Before scampering off in glee until she is but a small black dot on the horizon.