And the next day it rained.

So we debated what to do with ourselves. We could go to the Resort next to ours, the Deerhurst Inn, and see their stage show, the one where Shania Twain honed her performing skills before bursting onto the world stage.

Or we could go for a drive into the vast wilderness of nearby Algonquin Park and see the leaves. 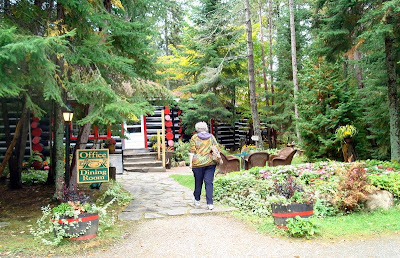 We opted for the park. Stage shows come and go but the leaves were at their peak of Fall beauty and would be a shame to miss. The Park was a 40 km drive away and we drove an additional 30 km into the Park before stopping for lunch at Killarnie Lodge. 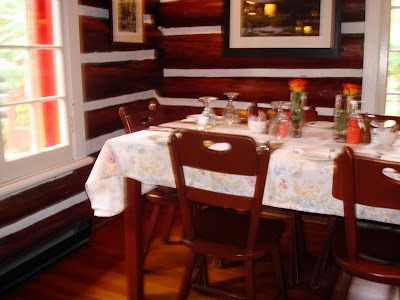 The table consisted of an aristocratic German aunt who was visiting Canada for the first time and was not impressed. With her was her niece, who was acting as a kind of moderator, and the niece's husband who was taking umbrage at the aunt and was engaged in a game of one-ups-man-ship.

"Do you know what my mother would do vith such a carcass ov a turkey?" the aunt was demanding. "She vould hang it from za balcony for za birds to eat!"

"I can think of other things I would like to hang from balconies for the birds to eat," muttered the husband.

"Nothing," said the niece, quickly cutting in. 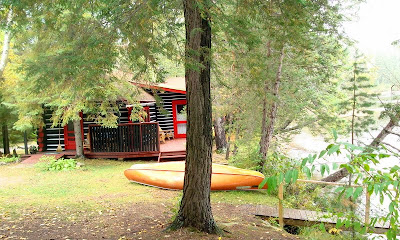 "We should take you to a Mark's Work Wearhouse for a coat, auntie." said the niece. "I didn't know it was going to be so cold and wet during your stay."

"I vould never buy clothes in Canada," the aunt shrieked. "Zay do not know how to cut. Now your sister, she buys all her clothes in Europe. You could learn a thing or two from her!" 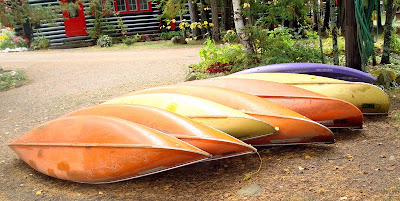 The waitress came to their table to ask if they would like coffee or tea.

"Is your tea in zos little bags?" inquired the aunt.

"Za people in Indian and China, who know tea, vould laugh at you!" the aunt threw down her napkin on the table. "Zay laugh at you behind your back, for putting tea in zes pathetic little bags. I vould not drink zis slop. I vil hav coffee!"

"I will have a cup of Earl Grey tea, thank you." said the husband loudly.

The niece, suddenly finding herself in a no-win situation discovered the simple act of choosing a drink was tantamount to choosing sides. The aunt and husband glared at her. 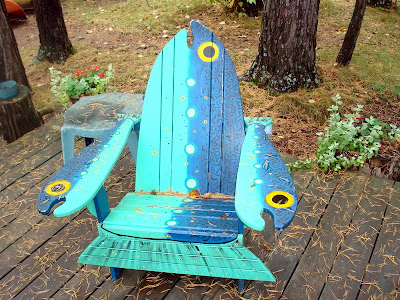 The waitress brought their bill a few minutes later and the aunt snapped it up and placed her credit card on the tray.

The husband snatched the bill away and stared at it.

"They have already added in the tip!" he roared. "Fifteen percent! Do you know what I do if they add in the tip. I cross it off and give them nothing."

"That is because your are za little man," the aunt announce blandly.

"What does that mean," demanded the husband.

"Oh nothing." said the aunt. "It is just za observation."

"Look, they rounded up," the husband stared at the bill aghast. "Not only did they add the tip automatically, when they calculated the tip they rounded up and charged you an extra one cent."

The aunt took the bill back and stared at it. "Not by my calculation."

"Do you know even how to multiply?" the husband demanded.

The niece rose to her feet. "I think I'm going back to my room," she said.

"Zat is yust like you." the aunt replied, calmly.

"Are you going to let them get away with charging you the extra cent?" the husband was ignoring his wife.

"I can afford it." the aunt announced. "Unlike some people."

The waitress came and took their bill and they all rose and left.

We later learned the Toronto Maple Leaf hockey team had been at the Deerhurst Inn all that day and had all enjoyed the stage show we had missed.

The wimps. If they'd wanted to know how to really body check, they should have come for lunch with us.