Patty and Reggie Girl pioneered the "My Town" Photo Shoot Out asking us to post photos of our local community every Friday. From a handful of participants it has grown into a world wide phenomenon with over 77 contributors and is now in the capable hands of ChefE, Jen and GingerV.

This week's theme, chosen by Carrie, is SILHOUETTES.

Next weeks theme, suggested by Sherri is Sunrise/Sunsets.

OK, you caught me with my silhouette down; I have nothing to original offer this week. But I do have a good excuse.

It's been raining for weeks which doesn't make for good silhouette back-lighting. And yesterday, when the sun finally shone, I spent the day being injected with radiation and then bombarded by gamma rays as part of a complete body bone scan at Toronto General Hospital.

Today I go back to Princess Margaret Hospital for a two month follow up CT scan to see if my cancer has spread from the time of the last procedure. Any difference between the two scans will give them an idea of the rate the disease has spread and from that they can guess if my life expectancy is best measured in weeks, months or years. The results will also help them determine when the next cycle of radiation and/or chemotherapy will begin.

I think that counts as an excuse? If not I'll have to think up a better one.

So nothing original from me today, but I did find some examples of silhouettes in my folders.

The first is of boats at docked at Pickering Marina. Linda and I had gone for dinner about a month ago and when we came out of the restaurant, this is what we saw. 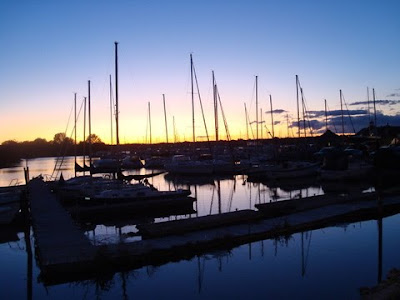 The second is of Linda (she is the bump on the left), on top of the Indian burial mound here in West Hill, at sunset on the spring solstice. 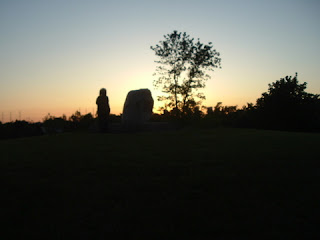 This was a shot I published recently as part of the Puppy Social Club series. It also fit this theme and I thought it was worth a repeat. 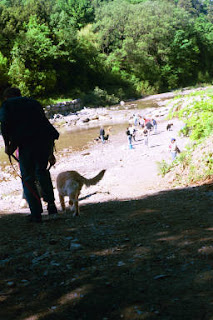 The great blue heron tops the totem pole recently raised in the town of Minden, where we paused recently on our way home from vacation. 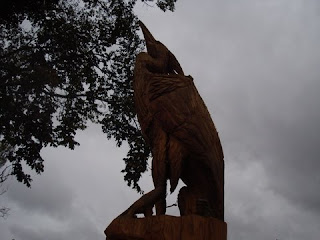 And finally, my favourite silhouette is of my granddaughter playing her violin. But then I'm just a sucker for any photo with Natasha in it. 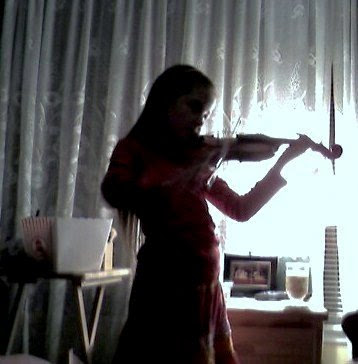 Oh and by the way, Happy Leif Ericson Day--named in honor of the Viking who reached North American shores at Lance Aux Meadows Newfoundland, on October 9th, 1002 AD--or thereabout!