Friday "My Town" Shootout--Study Of A Building

Patty and Reggie Girl pioneered the Friday "My Town" Photo Shoot Out asking us to post photos of our local community every Friday. From a handful of participants it has grown into a world wide phenomenon with over 77 contributors and is now in the capable hands of Gordon, ChefE, Jen and GingerV.

This week's theme, chosen by The My Town Blogger Team, is THE STUDY OF A BUILDING.

Next weeks theme, suggested by Carrie is Silhouettes.


Neglected now for decades
And left to rot
She was once proud
And new. 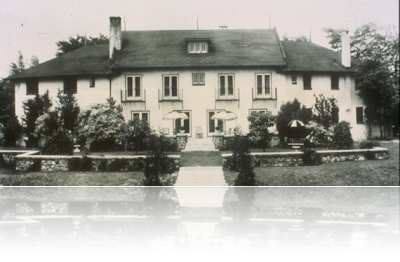 Her halls recall
The laughter of children,
The earnest discussion of women,
The plans of men. 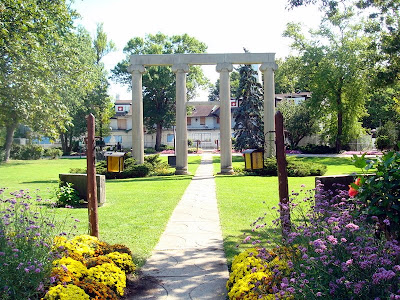 Her halls rang with the prayers
Of Priests and Nuns
And dreams of salvation
In Foreign lands. 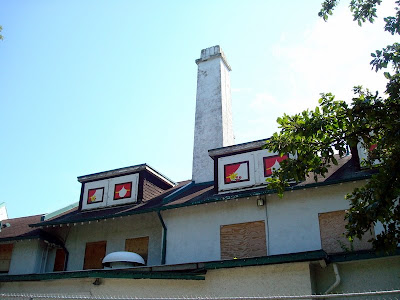 Her halls sheltered heroes
With severed limbs
No eyes to see
Or feet to walk. 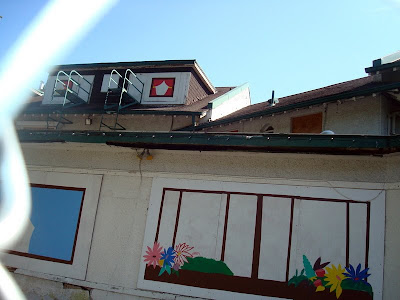 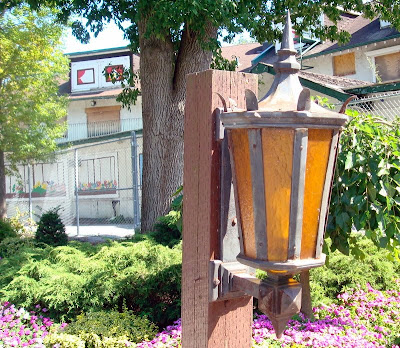 Her lands provided
Sanctuary for the discards
Of progress
And gave them home. 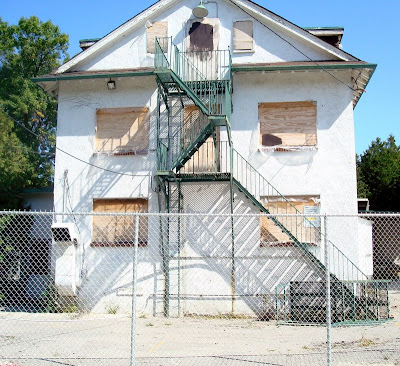 The great of the world
And the mighty
The humble and the ordinary
Visited her and marveled. 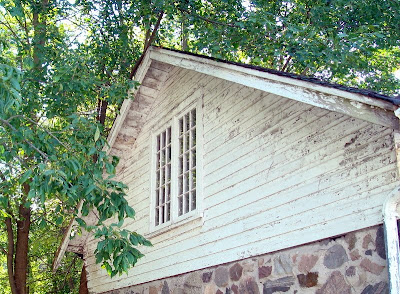 Then left her to rot
From the inside,
Bashed out her eyes
And boarded them up. 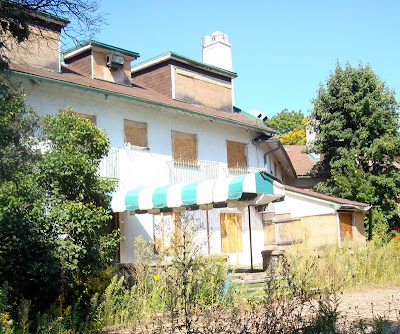 A Brief History
The Guild Inn was built in 1914 as a white stucco, Arts and Crafts style mansion, surrounded by 88 acres of gardens and woodlands. The residence was built for Col. Harold C. Bickford, a retired American soldier, with a penchant for polo ponies and automobiles.

When he returned to the States the building was purchased by Msgr. John Fraser as a home for his new Scarborough Foreign Mission Society, where priests were trained for missionary work in China.

When Rosa Breithaupt Hewetson purchased the property in 1932, shortly before her marriage to Spencer Clark, the socially conscious couple decided to model their new home into an artist's colony based on the Roycroft, New York model. Bickford's stables and garages were converted into "The Studio" which was to house the craft workshops of the artisans who lived and worked at The Guild of All Arts.

During the Second World War, the Canadian Government requisitioned the property and turned it into a training base for the Women's Royal Naval Service (WRENS). The hotel also served as a military hospital for victims of shellshock, with the craft facilities providing therapeutic rehabilitation for the service personnel undergoing treatment there.

The Clarks returned to the property in 1947. For the next 35 years, the Clarks built a reputation as patrons of the arts and preservationists, amassing a huge art collection and preserving architectural fragments from dozens of demolished buildings. The property and the architectural fragments were sold to the Province of Ontario in 1978 to be maintained as a public park. Spencer Clark continued to run the property until 1983, when a Board of Management was formed to oversee operations. In 1996, the Toronto Culture took over responsibility for the sculpture and architectural fragments, while the Parks and Recreation Division oversees The Guild Inn and the surrounding parkland. The Inn, the original Bickford Mansion, was closed to the public in that year its doors and windows boarded up.

Centennial College is considering reopening the building and renovating it as a "School Of International Studies", but its architectural team, in a tour of the neglected building's interior, called the current state of the building "a disgrace".