So What Are You Doing? Part 3 (Exercise) 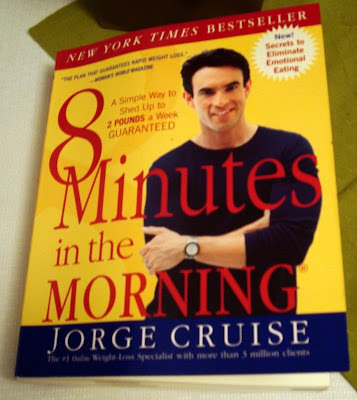 I'm not used to good news. At least not this year.

Not that the news I got at the Hospital yesterday was good news, exactly. More like neutral news. In fact, it would be better to call it old news, slightly updated.

And I was totally wrong about why they called me in so urgently. It had nothing to do with the news they had for me, or the doctor's need to head off to the golf course.

A million monkeys at a million key boards would eventually produce the entire works of Shakespeare before they would hit on the reason I was called in ahead of time.

They wanted me in yesterday because they were too busy!

Yes you heard right. Because they were too busy, they had added an additional clinic day this week to clear the back log. And I was part of the back log. So my appointment was moved up a week. How often does that happen in life?

What they wanted to tell me was that my bone marrow showed signs of a rare lymphoproliferative disorder, but the disorder was not interfering with the marrow's job of creating blood cells. If anything, because of the disorder, my white cell count was higher than it should be. However, the disease was progressing so slowly it would never kill me, and was unlikely to ever cause me any significant problem.

As well, my most recent CT Scan showed no swelling in any of my lymph glands. Maybe my personal MEDS program was working?

"Not likely," Linda thought. "We've only been on this program, in its entirety, for three weeks now. too soon have much of an impact."

For the exercise part of the MEDS program, I am following the demands of my personal Fitness Instructor, Lindsay, who ensures I get out for a long run every morning and most evenings. Her walks along the top of the Scarborough Bluffs usually take us about an hour.

Then I follow the exercise routine suggested by Jorge Cruise, and do three sets of upper body exercises with four repetitions of ten movements, using 10 pound weights. This is followed by a similar set focusing on the lower body on alternate days.

Cruise's program is famous for only taking a few minutes of your time. In my case it takes about 15-20 minutes, including 5 minutes of warm up exercises.

The exercise, combined with meditation and some tapping exercises (to be explained later in this series) takes up about an hour of my day. Not an excessive amount of time considering the benefits I'm hoping to derive.

If only the hospital will leave me alone to get on with things!