40th Anniversary Fiasco (Part 1 of 4)--The Losing Of Lindsay 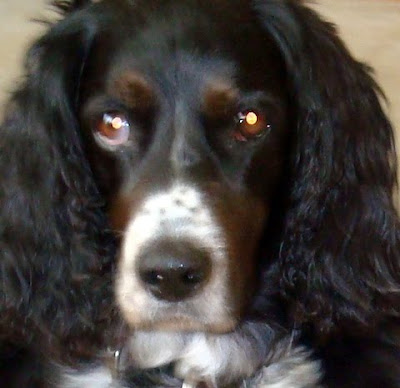 There was a moment when everything was perfect. Linda and I were going away on a weekend's vacation to celebrate our 40th Wedding Anniversary. Her boss had given her Friday afternoon off so we could beat the weekend traffic out of town. Linda's brother Steve was coming over to look after Lindsay for us and at 12:14 that moment of perfection arrived as I saw Linda car pull into the driveway just as Steven knocked at the door.

"Hi," said Steve coming in the side door and looking all around him. "What no Lindsay to greet me?"

"She's in the backyard sleeping under her tree, Steve." I told him.

"Well, I'm going to head out to let her know I'm here." And Steve headed for the backyard just as Linda came through the door behind him.

"The warning light's come on in my car," she told me. "And there's some fluid running out underneath it."

I went out to find a growing puddle of green fluid forming under the extreme front end of Linda's car.

"Oh great, what a lousy time for that to happen," said Linda. Linda had planned to drive us up North to save me the stress on my back, but she is only comfortable driving her own car and is positively nervous behind the wheel of mine.

Steve came to the side door. "Are you sure Lindsay's in the backyard? I can't see any sign of her."

"I let her out about half an hour ago," I said heading for the backyard.

Linda called, I whistled, but no Lindsay appeared. Steve started an inspection of the fence around the yard, checking for escape routes behind every bush. Eventually he found one.

"Here," he called. "One of the boards got loose in the winter. You can see where she dug the earth away just a little deeper to let her get through."

"We better start looking for her," said Linda.

We live in the middle of a suburb, a maze of streets in the far East end of the City and each of us headed out in different directions, calling Lindsay's name, stopping passers by, stopping people out working in their gardens, even stopping garbage collectors. Lindsay is a VERY social dog and it is inconceivable that she wouldn't have gone up to say "Hello" to everyone she passed.

Although many of the people in the neighbourhood know her, none remembered seeing her out on her own.

An hour later, Linda, Steve and I all arrived back at our house, more worried than ever but none the wiser.

"At least we found no injured animals laying by the side of the road," said Linda, voicing what all of us feared. Although we're in a fairly quiet subdivision, there are still a few idiots who speed recklessly along the winding streets and we live only a Kilometer from one of Toronto's major thoroughfares, the Kingston Road.

While we rested up I phoned the Animal Clinics in the neighbourhood but no one had brought Lindsay in to them. Lindsay has a chip implant so it should be easy for any of them to get her contact information and call us. But there were no messages waiting. I called the Toronto Humane Society but no dog matching Lindsay's description had been turned in.

After a brief rest Linda and I went out driving in my car where we could search more territory and further afield, while Steven headed off to explore some of the nearby parks, thinking she might have headed for some of the areas where she and I frequently go for runs.

Two hours later, puzzled and saddened, we all gathered back at the house and began to discuss printing up posters.

"And if that doesn't work," asked Linda. "What will we do then?"

But I had no answer for her.

To Be Continued Tomorrow.....